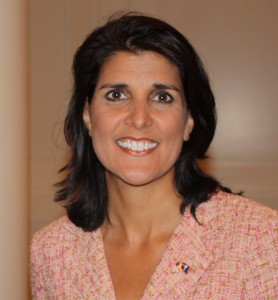 You can add South Carolina to the growing list of states denying women protection of their rights. Wednesday, Republican Gov. Nikki Haley vetoed nearly half a million dollars in the state budget that was allocated to sexual assault services and prevention programs. No money will thus be allocated to those programs.

In an attempt to defend the decision, Haley stated that those prevention programs she vetoed “distract from the [state Department of Health]’s broader mission of protecting South Carolina’s public health.” Haley also said that rape victims represent a small portion of the state’s citizens who need support.

Distracts from the mission of the Department of Health? The department’s own website proudly describes its collaborations with the state’s 15 rape crisis centers, and it actively monitors the state and federal funds that allow such resources for victims.

According to Sexual Trauma Services of the Midlands (STSM), the largest of those 15 centers (serving four South Carolina counties), the rate of sexual violence in the state surpasses the national average, and “every four hours and 46 minutes, someone is forcibly raped in South Carolina.” In a press release, STSM also notes:

If this veto stands, these 15 agencies will experience a 37 percent decrease in state funding from last year. That is in addition to the 54 percent cut that these programs have experienced since 2008. This fiscal year, sexual assault centers requested for a portion of these cuts to be reinstated. Instead, the cuts went much further. Meanwhile, these agencies have served 24 percent more victims of sexual violence since the cuts began about four years ago.

Sexual assault has consequences, economic and sociological, way beyond the initial trauma to victims, says STSM: “Teen pregnancy, juvenile delinquency and substance abuse increase dramatically in the devastating wake of sexual abuse.” But in Gov. Haley’s eyes, dealing with the underlying problem behind those issues would probably just be another distraction from protecting public health.