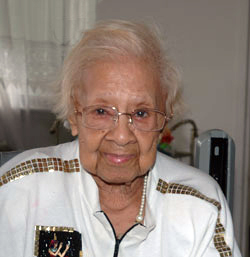 The Pennsylvania Supreme Court temporarily stopped a harsh voter I.D. law from taking effect in the upcoming November 2012 election, sending the case back to the lower court for further review.

In a 4-2 decision the state’s highest court ruled today that the six-month-old voter I.D. law is not being implemented correctly and, as a result, could disenfranchise voters who cannot easily receive the proper identification. The Pennsylvania Supreme Court is asking Commonwealth Court judge Robert Simpson, who last month permitted the law to go forward with a single-judge court order, to reevaluate his findings; if there is no evidence of voter disenfranchisement, then the law stands.

Simpson’s opinion is due Oct. 2.

The controversial voter I.D. law, which has been tied up in the courts for the last two months, mandates that voters must present a government-issued photo I.D. at the polls. The I.D. must be either a driver’s or a non-driver’s license from PennDot (Pennsylvania Department of Transportation).

PennDot agreed to issue the I.D.s at no cost and with little vetting, but according to the Court the application process set up by PennDot is a “rigorous one” that makes it even more difficult to obtain an I.D.

… a number of qualified members of the Pennsylvania voting public will be disenfranchised in the upcoming General Election, because—given their personal circumstances and the limitations associated with the infrastructure through which the Commonwealth is issuing identification cards—these voters will not have had an adequate opportunity to become educated about the Law’s requirements and obtain the necessary identification cards.

About 80,000 Pennsylvanians will be unable to vote, according to the Court.

Though more than 10 other states have similar photo I.D. laws, the Pennsylvania case has garnered much nationwide attention, partly due to its most personable plaintiff, Viviette Applewhite. Applewhite, a 93-year-old African American woman hailing from Philadelphia, marched for civil rights and the end to voter suppression laws with Martin Luther King, Jr., in the early 1960s. Having voted in every election since then, she was dismayed to find herself unable to cast a ballot in 2012. Applewhite does not have a driver’s license and, having been adopted as a child, the name on her birth certificate is different from all her other documents; plus, her Social Security card was stolen with her purse several years ago. She finally obtained a photo I.D. last month after providing her Medicare card and several other government documents that bore her signature.

Applewhite’s story might sound unique, but she is just one of the roughly 5 million Americans who will be affected by voter suppression laws this year. Fortunately, newly passed voter suppression laws have been getting struck down in courts around the country, most recently in Texas and Ohio. In just a few short weeks, we’ll find out if Pennsylvania’s voter I.D. law meets a similar fate.

Photo of 93-year-old Viviette Applewhite, lead plaintiff in the Pennsylvania voter I.D. law case, courtesy of the ACLU of Pennsylvania.