As Soon As They Graduate College, Women Face a Pay Gap - Ms. Magazine
Skip to content 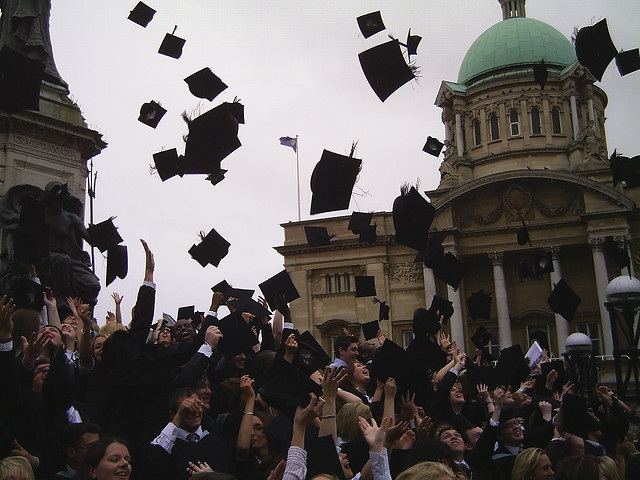 The American Association for University Women (AAUW) has released a report which finds that, one year out of college, millennial women immediately face a wage gap, making just 82 cents compared to their male counterparts’ dollar.

“Graduating to a Pay Gap” focuses on men and women who graduated in 2008 and then engaged in full-time work. Researchers then examined what their earnings were in 2009.

Report co-authors Christianne Corbett, M.A., and Catherine Hill, Ph.D, write that they expected men’s and women’s earnings to be similar because both groups had much in common (for example, most recent grads are relatively inexperienced on the job market and have not yet started families). But no, the gap shows up right away. After accounting for factors such as college major and career choice, the gap slims but still remains seven percent.

One of the most immediate repercussions of this pay gap for women is paying off student loans. Since women make less money, a larger percentage of their paychecks go toward paying off their student loan debt. And that debt has become a growing problem in recent years, now exceeding both credit card and auto debt; it stands at $870 billion nationally as of March 2012. In a teleconference this morning, Corbett noted that, as of 2009, 20 percent of women and 15 percent of men were using more than 15 percent of their paychecks to pay off student loans–nearly twice as much as experts consider a reasonable amount in one’s budget (eight percent).

There are several factors at play, here–for example, Mark Kantrowitz, author of Secrets to Winning a Scholarship, noted in the teleconference that women are more likely than men both to attend college and to graduate, making them more likely to accumulate higher amounts of debt. But that doesn’t explain or mitigate the  gender-based pay gap after graduation. Researcher Hill confirmed an unfortunate reality: Experimental evidence in other studies shows that many continue to hold biases toward hiring and fairly compensating women in the workplace.

If the gender pay gap in the U.S. is ever to be closed, such discrimination must be erased. As the conclusion of the report [PDF]states,

Women experience the consequences of the pay gap from their very first paycheck to their very last Social Security check. Nearly 50 years after the passage of the Equal Pay Act of 1963, it is surprising that women continue to earn less than men do, even when they make the same choices. Making equal pay for men and women a reality will require action on the part of employers, public policy makers and individuals.

For information on campaigns and programs AAUW is implementing to help close the gender-based pay gap, visit www.aauwaction.org.