“If you’re a male and you’re at the top, you have to be a feminist and you have to be proud of being a feminist,” Kent said during a panel discussion at the Women’s Forum of New York’s Breakfast of Champions. “Being a declared feminist—I’d even go as far as to positively discriminate, to put it in people’s annual assessment.”

According to Time, Kent drank the feminist Kool-Aid back in 2009 when, shortly after becoming Coca-Cola’s CEO, he noticed women comprised some 70 percent of Coke drinkers, but held only two spots on the company’s board and fewer than 20 senior leadership positions at the corporation. Following in the footsteps of feminist leaders such as Canada’s newly elected Prime Minister Justin Trudeau (who Kent recognized as his “favorite feminist right now”), Kent seized the opportunity to add women to the mix at Coca-Cola, upping the total number of women on the board to four (of 15) and growing the number of external women hired into senior leadership roles by 15 percent.

Plus, under Kent’s directive in 2010, Coca-Cola launched 5by20, an innovative artisan entrepreneurial retail program created to empower 5 million women economically by 2020. So far, 865,000 women have joined the program from countries such as Egypt, Haiti and India, acquiring valuable business acumen through mentorship and selling their handmade wares online.

If only more corporate leaders felt the same. According to the Pew Research Center, women make up only 5.2 percent of the nation’s Fortune 500 CEOs and just 16.9 percent of board members at Fortune 500 companies.

For now, Kent is putting his money where his mouth is at Coca-Cola. “There’s a lot of talk,” Kent said of the painfully slow progress made toward gender parity in business. “But you have to also act—you have to act with real precision and a real commitment.”

Kitty Lindsay is a Ms. blogger and works at the Feminist Majority Foundation. She is also creator and host of Feminist Crush, a weekly podcast featuring conversations with feminist artists and activists. Follow her on Twitter! 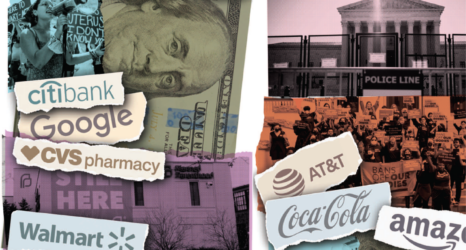