Inside Pussy Riot: Political Theatre for a New Era of Resistance - Ms. Magazine
Skip to content

In collaboration with the London-based, award-winning theatre company Les Infantes Terribles, Pussy Riot hopes to create a performance that will mobilize their audience into action and protest against authoritarian regimes across the world. The feminist punk group is now crowdsourcing funding for their newest project, “Inside Pussy Riot”—an immersive political theatre piece recreating the experiences of Maria (Masha) Alyokhina and Nadezhda (Nadya) Tolokonnikova in the Russian prison system and exploring what it means to be a political opponent in Russia today.

“This wild theatrical experience will allow the audience to become a participant, experiencing exactly what Pussy Riot went through during our imprisonment—from the original Church performance, to the court trial and prison cells,” the group wrote on Kickstarter. “We’re going to recreate Russian courtrooms, a real Russian labour colony, solitary confinement cells, priests who shout about banning abortions and many more absurd, but real-life things that exist in Russia today.”

Founded in 2011, Pussy Riot is a Russian feminist punk-rock protest group tackling themes like prison reform, LGBTQ rights, police brutality and women’s rights in their work. The group garnered international acclaim when Alyokhina and Tolokonnikova were arrested in 2012 after staging the group staged a performance in opposition to Vladmir Putin at a Russian Orthodox cathedral. Drressed in rainbow-colored tights and balaclavas, they were arrested for singing “Virgin Mary, mother of God, banish Putin! Virgin Mary, mother of God, banish him we pray thee!” The two activists were sentenced to 18 months in prison for “premeditated hooliganism,” where Tolokonnikova staged a nine-day hunger strike protesting deplorable prison conditions including routine beatings, strip searches, 16-hour prison workdays and low wages. Her protest led to increased wages and limitations on working hours for prisoners, inspiring her to create a number of organizations assisting those caught in the Russian criminal justice system.

Pussy Riot has continued to fight against the oppressive and inhuman Russian prison system since their release—through musical and theatrical performances, the establishment of an NGO and creation of an independent news service dedicated to increasing “transparency and humane conditions throughout the Russian justice system.” Their NGO Zona Prava provides informational and legal assistance to prisoners and criminal defendants, while their news service MediaZona focuses on the courts, law enforcement and prison system in Russia, informing readers about issues normally unavailable due to government restrictions on independent media.

The group has also continued to use their platform to advocate for equality through theatrical and musical performances. Their music videos—including “Straight Outta Vagina,” which celebrates that female sexuality is bigger than “any populist megalomaniac” and “I Can’t Breathe,” dedicated to Eric Garner—continue to stand alone as calls for justice and equality not only in Russia, but also the U.S. Just this past March, Alyokhina came to California to perform a Pussy Riot theatre piece called Revolution which delved into the dangers of oppression and censorship.

As investigations into Russia’s involvement in the U.S. elections gain ground and the Trump administration continues to roll back the gains activists have secured over the last century, Pussy Riot’s messages of defying authoritarianism and fighting for equality for all are more important than ever before. Everyone possesses the courage to protest limitations on our freedoms and efforts to undermine our voices. “Inside Pussy Riot” could remind people around the world of their power to dismantle the hierarchies that dictate their lives—and be inspired to do so. 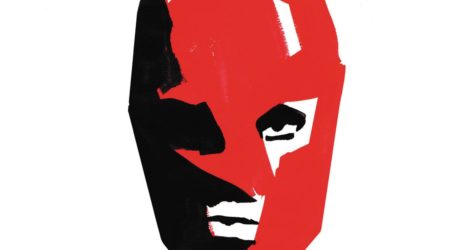