Calls to Action from the Intersections of Racial and Gender Justice - Ms. Magazine
Skip to content

Jasmine Richards was born and raised amongst gang violence, but her life was changed after seeing the protests in the wake of the Ferguson police killing of Mike Brown. That year, she founded Black Lives Matter Pasadena and emerged as a powerful organizer, activist and a voice for young people of color not just in her community, but across Los Angeles and the country. Today, Richards runs Freedom School, a grassroots summer program providing local youth in North Pasadena a safe and supportive space for educational activities; each year, she organizes supply drives and gift drives for families in need to mark the beginning of the school year and the holiday seasons.

Richards was one of many feminist women of color honored last week by the YWCA of Pasadena and Foothill Valley in California. Established in 1905 to advocate for young female immigrants in Pasadena and help them enter the workforce, the local YWCA chapter went on to rally for suffrage and form a frontline in the fight for labor and housing justice for California’s migrant farm workers. Their 16th annual Racial Justice Breakfast marked a powerful return to their roots.

“My family could not come today because they have to go to work,” Richards declared as she accepted the YWCA Racial Justice Award. “We need to bring those Black lives to this room right now. Every Black person: I see you, because every Black person is never seen. I am going to bring us to this place.”

Richards called on attendees at the Breakfast to elevate Black women’s voices in their work and bring more people of color to the table. She urged the crowd to “stop being comfortable” and take action against institutionalized oppression of Black communities.

Al Otro Lado, a bi-national nonprofit organization that provides legal services to indigent deportees, immigrants and refugees in Tijuana, Mexico, was also given a Racial Justice Award that morning. Nora Phillips, the legal director who accepted the award on the organization’s behalf, observed her own privilege on stage. She chose her career, she explained to the crowd—but for Richards, this work is her life.

Emiliana Guereca, the organizer of the massive Los Angeles Women’s March events in 2017 and 2018 and founder of the subsequent Women’s March LA Foundation, announced at the Breakfast that she was one of the immigrants Al Otro Lado wants to save. She’s also similar to Richards, in that her activism is rooted in some of her earliest experiences as a child in Chicago.

“I grew up in segregation,” she said during her keynote at the Breakfast. “I didn’t know my people existed. People call them ‘ghetto,’ but I call them community.” Guereca, who met her parents at 10, still remembers watching her parents feed the homeless, even though it was difficult for them to meet their own needs. (“We had less than zero.”) Today, she is still inspired by their spirit of service—and she organizes to ensure that her voice as a Latina is heard by those in power, and that her story and others like it remain in the national discourse.

Click here to watch a live video of the Racial Justice Breakfast on the Ms. Facebook page. To be notified the next time we’re streaming feminist events, follow us! 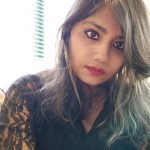