In August 2017, the Burmese military launched a wave of violence against the Rohingya—burning villages, massacring civilians and subjecting survivors to horrific acts of sexual violence. These attacks occurred after decades of discrimination in the forms of restricting access to healthcare, denying citizenship rights and limiting marriages and the number of children.

Now, Rohingya refugees face their second winter in the refugee camps of Bangladesh as the international community seeks accountability for these atrocities.

The Rohingya are not the only ethnic group that has been targeted for serious human rights violations in Burma, as these attacks were carried out in the context of the Burmese military’s ongoing conflicts with many ethnic communities.

As 2018 draws to a close and the global spotlight moves farther away from the urgent calls for action in the immediate aftermath of the violence, “the most persecuted minority in the world” must see justice and accountability.

Extensive documentation and reporting indicates that Burmese forces committed genocide and crimes against humanity against the Rohingya. As the Global Justice Center has determined in its legal analysis, the crimes against Rohingya women and girls constitute the crimes against humanity of murder, persecution, forcible transfer or deportation, torture and rape and other sexual violence of comparable gravity. The violence perpetrated was widespread, systematic and carried out in line with clear patterns.

The crimes committed also form the basis for the genocidal acts of killing, causing serious bodily or mental harm, inflicting conditions of life calculated to bring about physical destruction and imposing measures intended to prevent births within the group. These acts constitute genocide when combined with genocidal intent: the intent to destroy a national, ethnic, racial, or religious group, in whole or in part. The scale of atrocities and longstanding discrimination, along with other factors, indicate this genocidal intent was present against the Rohingya.

Rohingya women and girls were singled out for particularly vicious manners of killing, rape and sexual violence—including gang rape and torture. Women’s bodies were mutilated, and many were killed with knives intended to slaughter animals. These violations were often performed in public or in front of family members, traumatizing both the victims and the witnesses. They were also pervasive: in one instance, 52 percent of women interviewed reported they had been raped or subject to sexual violence.

There remains a gap in fully incorporating gender crimes into international justice processes. In 1998, the International Criminal Tribunal for Rwanda issued a landmark decision in the Akayesu case, recognizing rape and sexual violence as acts of genocide. Despite this significant judgment, as international law experts Akila Radhakrishnan and Sareta Ashraph note: “a gendered understanding of genocide…still needs to be consciously asserted in investigations, analysis and prosecutions.”

This moment in history presents an important opportunity for meaningful, inclusive justice. Even as the world’s attention is distracted and exhausted by the constant stream of crises in the news, we must not forget the atrocities perpetrated against the Rohingya. As the Chair of the United Nations Fact-Finding Mission on Myanmar has noted, this is an ongoing genocide. With the global community accounting for the full range of crimes committed against the Rohingya, crimes against all women and girls may begin to be treated equally under international law.

Gender was integral to how the military committed its crimes—the attacks were gendered in their conception, commission and consequences. Accordingly, gender must be central to any and all efforts aimed at justice and accountability. When gendered crimes are excluded from justice mechanisms, survivors of those crimes are denied the opportunity to tell their stories and the vital voices of women and girls are silenced.

Elena Sarver is a legal advisor at the Global Justice Center, where she works to ensure legal protection for sexual and reproductive rights and accountability for sexual and gender-based violence. 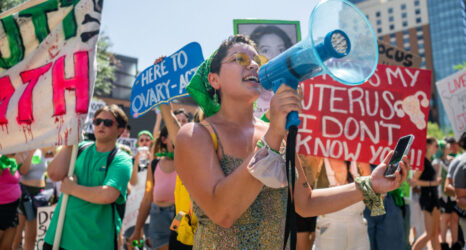 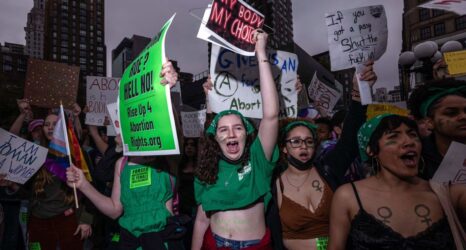