Justice Delayed: Waiting on Savanna's Act and an End to Violence Against Native Women - Ms. Magazine
Skip to content

In the midst of a partial government shutdown, retiring Republican representative Bob Goodlatte used one of his final days in office to block a law addressing a horrifying problem: the disturbingly high number of missing and murdered Native American women in the U.S.

Savanna’s Act had unanimously passed in the Senate just over a week before it was delayed in the House Judiciary committee, of which Goodlatte was chair. Originally introduced by then-Senator Heidi Heitkamp of North Dakota in October of 2017, the law would have formalized coordination between the government agencies that manage investigations into Missing and Murdered Indigenous Women (MMIW), required annual reports to Congress on the issue from those agencies and granted tribal agencies access to federal crime databases to expand the potential for solving these crimes.

Monitoring and understanding the epidemic of violence against indigenous women is the first step to eradicating it—and advocates across the country know that the current methods for tracking and solving MMIW cases aren’t working. Despite an absence of national statistics on MMIW, the individual stories of women like Ashley have become tragically commonplace in Native communities.

“The murder rate of Native women is more than 10 times the national average on some reservations,” Lucy Rain Simpson, Executive Director for the National Indigenous Women’s Resource Center, said in a statement to Indian Country Today. “Often, these disappearances or murders are connected to crimes of domestic violence, sexual assault and sex trafficking. The intersection of gender-based violence and MMIW is heavily intertwined.”

Heitkamp’s bill was named for Savanna LaFontaine-Greywind, a pregnant Spirit Lake Tribe member whose body was found in a river just over a week after she went missing in August of 2017. Within a month of the act’s introduction in Congress, 32-year-old Olivia Lone Bear went missing from her home on the Fort Berthold Indian Reservation. One day after Kimberly Loring Heavy Runner, whose sister Ashley has been missing since June 2017, testified about her in the Senate, remains were found on the Blackfeet Indian Reservation where they lived.

On December 27, Congress briefly convened, but made no resolution to the shutdown—and Savanna’s Act remained in waiting at the House Judiciary Committee. Although Heitkamp, who lost her bid for re-election in 2018, announced that Senator Lisa Murkowski plans to reintroduce the act in the new legislative session, the lawmakers in the newly-sworn-in 116th Congress must now also contend with an expiring Violence Against Women Act, which also includes provisions addressing violence against Native women.

Despite the setbacks facing their community, advocates are not giving up their fight for justice for MMIW. “We are going missing, we are being murdered. We are not being taken seriously,” Loring Heavy Runner declared before the Senate Committee on Indian Affairs. “I am here to stress to you we are important and we are loved and we are missed. We will no longer be the invisible people in the United States of America, we have worth.” 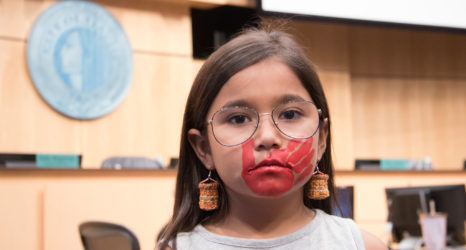 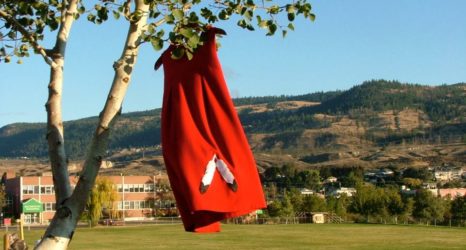 We Are Not Invisible