After a prolonged legal battle, the First Circuit in Massachusetts ruled that au pairs in the state are covered by the same laws that apply to other domestic workers. This decision affirms that au pairs are protected under the state’s Domestic Workers Bill of Rights, which was passed in 2014 and it is one of the most expansive bills in the country protecting the rights of domestic workers, including nannies, house cleaners, and home care workers.

“This is the first Domestic Workers Bill of Rights in the country to have been challenged in the courts. It is a tremendous victory to witness it be rightly upheld by the legal system,” said Rocio Avila, state policy director at the National Domestic Workers Alliance, which is the leading voice for dignity and fairness for millions of domestic workers in the United States. “Au pairs are immigrant workers who come to the United States to provide childcare. Like all working people, they deserve basic labor protections that allow them to work safely and with dignity.”

Founded in 2007, NDWA works for respect, recognition and inclusion in labor protections for domestic workers, the majority of whom are immigrants and women of color. Powered by over 60 affiliate organizations and local chapters and by a growing membership base of nannies, house cleaners and care workers in over 20 states, NDWA is fighting for a National Domestic Workers Bill of Rights.

The Massachusetts Domestic Workers Bill of Rights was passed in 2014, and is one of nine state bills of rights along with two municipal level bills in the country. This law was a landmark bill for the state as well as the country: It is a comprehensive law for improving conditions in the domestic work industry, providing clear guidelines for employers and workers. The bill of rights includes meal and rest periods, written agreements, anti-discrimination and harassment protections, notice of termination or severance pay for live-in workers and access to parental leave for all domestic workers, among other provisions.

Since then, Cambridge-based Cultural Care Au Pair, a sponsor agency and affiliate of the global corporation Education First, has led multiple failed attempts to remove au pairs from the protections of this law.

“We are thrilled to hear about this decision, which upholds the Massachusetts Domestic Worker Bill of Rights in its entirety. Au pairs will be covered by the state’s minimum wage and overtime law without exception,” said Monique Tú Nguyen, Executive Director of the Boston-based community organization Matahari Women Workers’ Center. “This is a huge win for au pairs, who provide crucial live-in child care to families across the state. They do the critical caregiving work that makes all other work possible.”

Generally, au pairs work up to 45 hours per week to provide essential childcare services to host families—usually receiving weekly stipends of $195.75, or what amounts to $4.35 per hour. Founded in 2002, Matahari is a leading force in advancing the rights of women workers, immigrant families and survivors of violence and exploitation, and was instrumental in passing the Massachusetts Bill in 2014.

“Today I can truly say that this is a historic day for au pairs and all other domestic workers. To have been an au pair in Massachusetts without getting paid the minimum wage was a challenging experience,” said Claudia Villamizar, member-leader of Matahari Au Pair Committee. “Thanks to Matahari’s au pair committee and everyone who has worked so hard to continue to protect au pairs. I’m overjoyed to see the Bill of Rights stand.”

National Domestic Workers Alliance is the leading voice for dignity and fairness for millions of domestic workers in the United States. Founded in 2007, NDWA is now powered by over 60 affiliate organizations and local chapters and by a growing membership base of nannies, house cleaners and care workers in over 20 states. 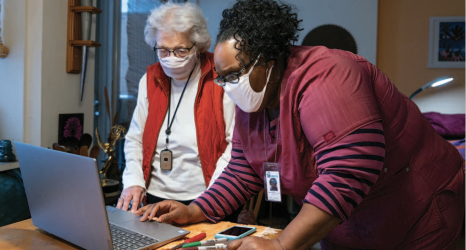 The Nation’s Moment of Truth: The Economic and Moral Case for Investing in Caregivers 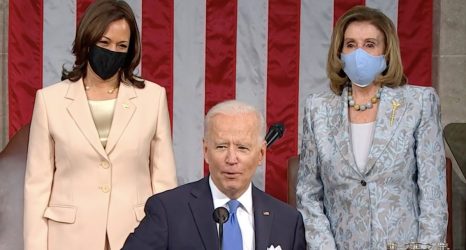 Creating Cultures of Consent: Teaching and Modeling Consent for the Next Generation
The Nation’s Moment of Truth: The Economic and Moral Case for Investing in Caregivers
To Pursue Reproductive Justice, Latin America’s Prosecutors Should Stop Enforcing the Law