“I don’t fit the profile for a lot of people,” Tony-winning Broadway and off-Broadway publicist, producer and press agent Irene Gandy said to her longtime friend and collaborator, and current Executive Producer of the New Heritage Theatre Group in Harlem, Veza Rivers during a conversation at the Walter Bruno Auditorium in Lincoln Center of Library of Performing Arts on February 10. Touching on her role as one of the only press agents and publicists on Broadway who is a woman, Black and queer, Gandy also shared that her secret to success was figuring out that it was “bigger than me.”

Gandy’s conversation with Rivers was part of the Oral History Project at the League of Professional Theatre Women, and soon it will be located in The New York Public Library’s Theatre on Film and Tape Archive.

Conceived of by the late Betty Corwin 26 years ago, the Oral History Project consists of filmed interviews between women in the field—from producers to actors to playwrights to company managers—that aim to spotlight the work of the women in the theatre community, both onstage and off, and light the way for newcomers in the industry. The conversations have since captured the stories of Mercedes Ruhl, Chita Rivera, Leight Silverman, Frances McDormand, Judith Light and Phylicia Rashad, among others.

During much of her interview, Gandy narrated her life story—in which she enters as an actor and dancer and then becomes a press agent for the Negro Ensemble Company. When Gandy arrived on Broadway, she had no real experience, and she learned to succeed by listening to the people around her.

“I learned that it’s not about what you do,” she told the audience. “What you do is not who you are… I know everyone on Broadway because you never know who’s running stuff.” Gandy mentioned a number of times that figuring out who was in charge of running a space was the key to her success—and now, she commits to meeting everyone on Broadway in order to ensure that she forges relationships with people who are in charge of the business and who she may want to collaborate with.

Over the course of the evening, she also stressed the importance of unity, community and collaboration in theatre-making spaces. When speaking of her illustrious career on and off Broadway—with credits including Gerwin’s Porgy and Bess, Lady Day At Emerson Bar and Grill, The Great Society and You Can’t Take It With You, among many others—she repeatedly acknowledged that though she’s garnered many accolades and been a part of more than 100 productions on Broadway, “no one does this alone” and that she “[doesn’t] do anything without the community.”

Gandy is now a highly-sought after collaborator in the Broadway community, and she has maintained close ties with the Harlem Theatre scene as well. She’s partnered with organizations like New Heritage Theatre Group, and on events like Harlem Week, and she makes sure to dedicate time to mentoring young theatre professionals, particularly from the Black community.

The #MeToo Movement has become a rallying cry for women in the entertainment industry, and has fueled efforts to give women a greater share of opportunities in Hollywood. But much of the media coverage surrounding these efforts has focused on actors, writers and directors—and though it is necessary to advocate for gender parity for those positions, it is equally important to ensure that people who work behind the scenes, who are there to advocate for creatives and open the door to future artists, are also representative of underserved and underheard communities.

The theatre industry has long been reckoning with her own issues of gender parity—between 2013 and 2018, only 28.46 percent of Lead Producers on Broadway were women—and efforts like the Oral History Project at LPTW are necessary so that more women are encouraged to pursue their careers in the entertainment industry, even positions that work behind the scenes.

One of the most effective ways to combat the endemic exclusion of women from positions of leadership is to create coalitions that uplift and empower women through the support of other women. Gandy—the only Black and queer woman of the Association of Theatrical Press Agents and Managers—is a powerful guiding light for those who need one in this industry most. 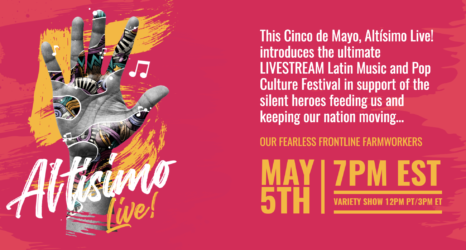 The Taliban Further Tightens Its Grip on Afghan Women and Girls: “These Young Women Have Fought for Themselves”
Student Activists Are Breaking the Silence on Period Poverty
U.S. Health and Human Services to Protect Texas Abortion Patients and Providers: “We Have Your Back,” Says Secretary Xavier Becerra