A while back, I received an email from my university’s Institutional Review Board (IRB) saying that my plan to research the history of U.S. Gender, Women, and Sexuality Studies (GWSS) did not meet “the federal definition of research.”

This sounded familiar to what I heard as a Women’s Studies undergraduate student 30 years ago: “What are you going to do with a major like that?”

Apparently, I have misread my own academic accomplishments—a PhD, three published books, teaching awards—and GWSS’s 50-year history. I assumed they were indications that GWSS is institutionally understood. But apparently, I still have to make the case that GWSS matters.

Women’s Studies is an interdisciplinary field born of activism in the 1960s and 70s. As a discipline, we are about to celebrate the 50th anniversary of the first undergraduate program at San Diego State University. GWSS scholars ask: “Whose voices and histories are we not hearing? And why?” “Who has the power to erase some subjects of history and replace said subjects with their own narratives?” Simply answered, the disappeared are always women and/or queer people, especially of color. GWSS peals back the layers of marginalization and finds the stories of resistance. In the process, it awakens our students who have never felt represented in the classroom because power arrangements shut them out of the curriculum.

GWSS matters because power inequities exist within every social and political structure, and patriarchy and misogyny are central causes of those power imbalances. Patriarchal structures result in different outcomes, given one’s race, sexuality and class status, but women’s subordination is the commonality. Patriarchy compromises physical autonomy. Abortion, while technically legal in the U.S., is inaccessible in much of the country, thus women don’t have full control of even the inside of our bodies. Women aren’t guaranteed physical safety in our own homes: According to National Coalition Against Domestic Violence, 1 in 10 women have been raped by an intimate partner in their lifetime. All experiences with limited access to abortion and violence become that much more devastating when complicated by poverty, citizenship status or other precarious identities.

We need GWSS to explain how power and privilege work at the micro level, especially in the lives of all women. We need GWSS to provide the evidence and analysis that allows folks to understand that these inequities have permanent results unless change agents step in to redirect history, and this takes scholarly research. Our current president won on a platform of white supremacy, xenophobia and misogyny and GWSS teaches us that misogyny is about more than “hating women.” Rather, misogyny, according to feminist philosopher Dr. Kate Manne, is about policing and punishing women who stray from the patriarchal norms that power-holders adhere to —whether those power holders be relatives, bosses, coaches, doctors or presidents.

GWSS is also needed for accountability. Imagine if members of the mainstream media majored in GWSS—especially men!

Imagine if a GWSS-trained journalist approached Donald Trump. “Mr. President,” they would ask, “I just read an article in the economic paper Business Insider that discussed twenty-four different women’s accusations against you of sexual assault and rape. One woman, E. Jean Carroll, said you pushed her against a dressing room wall, unzipped her pants and then forced your penis inside her. That is rape. I have heard you say of Ms. Caroll and other accusers that they are not ‘your type.’ Does that mean you do have a ‘type’ that you rape?”

Imagine if during the Kavanaugh hearings a journalist asked Trump the very obvious question: “Why don’t you just withdraw his name and go to the next person on your list? Keeping Kavanaugh communicates to Dr. Blasey-Ford (and all survivors) that you don’t care about her accusations of attempted rape. You do realize he would have raped her if he wasn’t so drunk that she was able to kick him off, right?”

Other than the late-night comedians, few have ever called Trump out on his misogyny, especially before the 2016 election. His words and behaviors are dismissed as “offensive” but not newsworthy. GWSS will remind you that this “offensive not newsworthy” messaging is ultimately about women’s physical autonomy and safety and to leave it unchecked is to authorize misogyny from the highest office in the land. GWSS trained journalist would raise these questions; somehow—if not in a press conference, into the articles written.

GWSS scholars, faculty, students, librarians and staff are running full speed—creating a living archive which responds to the violent, Trump-fueled misogynist, white supremacist, xenophobic era in which we are now submerged. Artists create images that capture the repression and resistance; books are written; new classes are springing up; students are creating zines, feminist playlists and podcasts. We have a memory problem, and we need GWSS to document and respond to the present era so future generations will never become complacent when we are faced with another Trump.

Many were shocked by Trump’s victory, but really this is history repeating itself. We need GWSS to document and mobilize in real time—in order to warn future generations, so we are spared this misogynist firestorm again.

If our universities tell us our research is not real, they are telling us our course material is not evidence based. They may as well stamp our syllabi “fake news.” The IRB’s condescending message to me was yet another way of disappearing the labors of predominantly women and minoritized scholars. It implies our histories and stories are not research or curriculum worthy. GWSS scholars and students beg to differ.

If the current era doesn’t scream for a need for GWSS, I don’t know what ever will. 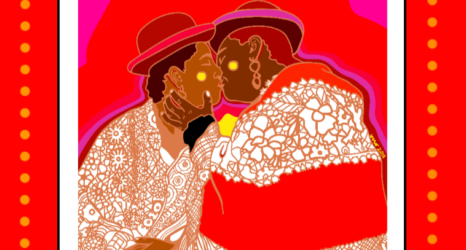 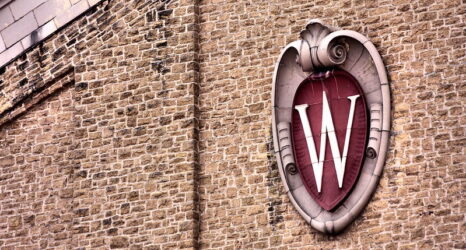 COVID-19, Disaster Capitalism and the Crisis in Women’s and Gender Studies