There is no shying away from the fact that the decision to overturn the conviction of Cardinal George Pell was a gut punch for survivors of clergy sexual abuse. The Pell case saw testimony from twelve witnesses, including the lone surviving victim. More accusers came later forward in the press and provided excruciating details of how the Cardinal manipulated them.

The detailed descriptions—like the pretext of chasing twenty cents in the priest’s swimming trunks in a community pool, being forced to fondle him in the process—cannot be fabricated. This is particularly true when more than one accuser reports similar assaults.

Yet despite this trial testimony, the dozen witnesses and the careful consideration that jurors paid to them, the High Court’s decision sends the message that, in Australia, the citizen-jury is subordinate to the opinions of judges who did not even hear the original testimony.

We believe that this ruling will cause victims to lose their faith in the criminal justice system and also sends the message that survivors should stay hidden and silent rather than come forward and seek justice.

But right now, we want victims to persevere. There is hope.

In our own network, the disturbing news was shared quickly among survivors and supporters, eliciting a universal reaction of disgust, dismay and anger. For many, this was yet another example of the powerful establishment trampling on the powerless.

Some people shared worries about the victim who testified in court and later spoke about how the case took him to “places, in my darkest moments, that I feared I would not return from.”

Most, if not all, survivors can sympathize with that reaction. But entwined with the feelings of outrage and mistrust, there was also an undercurrent of determination.

The sad fact is that victims of sexual violence have always faced an uphill battle. Whether due to statutes of limitations that bar their allegations from being heard in open court, or to lingering misconceptions that have caused everyday folks to misunderstand why survivors take so long to come forward, the deck has been stacked against victims for a long time.

But in recent years, this has been changing.

The massive growth of the #MeToo movement refocused attention on issues of sexual abuse, harassment and rape.

Massive institutional scandals at places like Michigan State University, Ohio State University, and the University of Southern California have forced people to reckon with the reality that sexual violence is more common than we want to admit.

And investigations from elected officials—like AG Josh Shapiro in Pennsylvania or AG Dana Nessel in Michigan—have thrust the issue of clergy abuse back into the spotlight, showing that the institutional Catholic Church continued to protect abusers and their own reputation at the expense of thousands of children worldwide even after the promises of 2002.

The guilty verdict rendered against Cardinal Pell in late 2018 seemed like another sign of change. The High Court’s decision appears to show the pendulum swinging back in the other direction.

But as one victim said, “One thing we have seen over and over is the resilience of survivors, and we can use our disappointment, our hurt and our frustration to motivate us to take action, to speak out, and to be a force for change.”

When it comes to the Pell case, we cannot pretend that this ruling will not exacerbate the mistrust survivors already feel. We know that it will also play into prevalent myths about sexual violence, will further stigmatize victims for choosing to disclose later in life and will negatively affect how people and policymakers react when allegations are made against prominent community members.

But we also hope that the determination of survivors will shine through.

We hope that those same brave victims who testified in Australia’s royal commission—the same commission in which Cardinal Pell was first identified as an abuser—will continue to stand up, speak out, and encourage others to come forward and find help and healing.

Moreover, we hope that other countries will ramp up their investigations into cases of institutional sexual violence.

Australia’s Royal Commission uncovered 1800 abusive clerics, nuns and Catholic lay employees. This translates into an abuse rate of 7.5 percent in a country with only 5.5 million Catholics.

We need more investigations like the Royal Commission. How many? One in every country in the world.

The abuse rate uncovered in Australia’s Royal Commission is more than 700 percent higher than the 1 percent most experts believe is the rate in the general population.

Sadly, this ties in closely with the clergy abuse rates uncovered in the United States by AG Shapiro and other secular law enforcement officials.

But while shockingly high, these numbers should not cause despair. The figures demonstrate that victims are not as alone as they may feel. And these thousands of hidden victims just might find their voice—thanks to the bravery of survivors like those who came forward in the Pell case.

So while Monday’s news is the exact opposite of what survivors and advocates were hoping for, we are confident that it will spark a new wave of men and women coming forward to say, “Hey, that happened to me too.”

As more victims come forward, the myths about sexual violence can be dispelled, the public can be educated and survivor outrage can be channeled into justice and prevention.

Despite this latest setback, we believe that the pendulum will swing back towards the side of progress. Victims have been fighting through these setbacks for decades—we look forward to the day when the war is won, led by survivors that refuse to be silenced.

Zach Hiner is the executive director of SNAP, the Survivors Network, which has been providing support for victims of sexual abuse in institutional settings for 30 years. 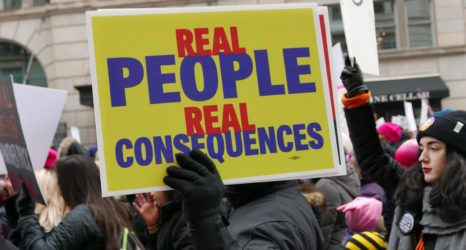 How Catholic Hospitals Put Women of Color at Risk