On Wednesday, voters in Wisconsin woke to the news that Judge Jill Karofsky secured a seat on the Wisconsin Supreme Court—soundly defeating Justice Daniel Kelly, an incumbent, currently serving on the court.

Many Wisconsinites view her victory as pivotal for the promotion of equality generally, and women’s rights in particular, given Judge Karofsky’s celebrated legacy as a legal advocate for victims of domestic violence.  That she overcame the negative “Willie Horton” type ad campaign launched by her opponent speaks volumes about how voters were turned off by Kelly’s attack ads insinuating that as a prosecutor Karofsky was too easy on men who sexually abuse children.

But, it would be worth remembering what was at stake in the election—beyond the judges.

Both the Wisconsin and United States Supreme Courts issued stunning blows to the people of Wisconsin.  At stake was one of the most sacredly held rights of our democracy—the right to vote.

The state’s election would take place without delay—despite the world being gripped by a devastating pandemic, which had already shown its extreme lethality with death tolls in the tens of thousands around the globe. There would be no extension for absentee ballots either.

Already, the pandemic had seethed its way into the state, sickening hundreds, with deaths trickling upward.

Of those who were among the counted dead, dramatic racial disparities had already emerged in Wisconsin: In Milwaukee County, Blacks accounted for more than 70 percent of the local deaths due to COVID-19. To place this in context, Wisconsin is a state where Blacks comprise just six percent of the population—yet account for more than half of the state’s COVID-19 deaths.

Both rulings were along ideological lines, with conservative justices blocking delay, leaving Wisconsin voters to fend for themselves in the wake of a deadly virus infecting and killing people in Wisconsin.  The Wisconsin Supreme Court (4-2) rejected Governor Tony Evers’s executive order to postpone the election by one week.

Justice Ann Walsh Bradley’s dissent captured the absurdity of the ruling, as she wrote, “Neither the law nor common sense support the majority’s tenuous and callous order.”

The Wisconsin Supreme Court ruled that Evers lacked the power to delay the election, despite Wisconsin law explicitly providing, “The governor may … [i]ssue such orders as he or she deems necessary for the security of persons and property.”

In doing so, the Court bypassed well-established procedures codified by Wisconsin law—accepting letters, inserting them in the docket and truncating the time frame for the usual submission of briefs.

In substance and process, the Wisconsin Supreme Court became entangled in the perception of partisanship; accepting letters from the state’s Republican Party and the conservative Wisconsin Institute for Law and Liberty, while rejecting at least one request to file an amicus brief on behalf of an organization advocating for voting rights.

As one commentator noted, “Typically, if groups want to comment on cases, they ask permission to submit friend-of-the court briefs rather than writing letters.”

However, the grave threats to voting rights in the Wisconsin election were not limited to a ruling by the Wisconsin Supreme Court.

In a highly controversial, unusual move, split along ideological lines (5-4) the Supreme Court lifted the preliminary injunction imposed by the District Court to extend receipt of absentee ballots by six days—for those who had already requested ballots.  The Court did so without justification or pointing to a standard of law.

The Court’s decision was particularly egregious. According to the Wisconsin Election Commission (WEC), at the time of the Court’s ruling, over 1.3 million Wisconsin voters had requested absentee ballots—but less than 45 percent of those ballots had been returned by the night before the election.

The demand was so intense that clerks could not keep up; at least ten thousand requested absentee ballots had not been mailed to voters by the time of the election.

As Justice Ruth Bader Ginsburg wrote in a stinging dissent, “A voter cannot deliver for postmarking a ballot she has not received. Yet tens of thousands of voters who timely requested ballots are unlikely to receive them by April 7, the Court’s postmark deadline.”

Sadly, while Judge Karofsky and her supporters may have won the battle, a larger struggle remains—and should not be overlooked nor forgotten.  The path for Wisconsin voters was fraught by voter suppression, conservative organizations essentially lobbying the Wisconsin Supreme Court by letter—rather than the typical filing of briefs—and the failure of the United States Supreme Court to uphold civil liberties in a time of health crisis.

As to the latter, the Court failed not only in articulating a standard by which it crafted its ruling, but more basically in its responsibility avoid partisanship in the promotion of justice.  In this case, the failure crystallized in the Court’s refusal to protect enfranchisement and the constitutional rights of Wisconsin voters, when the citizens of that state needed justice from the Court most.

The Court’s alarming message to Wisconsin voters was brave the polls or forfeit the right to vote. As Justice Ginsburg warned, thousands could “lose their right to vote, through no fault of their own.”

Judge Karofsky’s victory, while a point of celebration, should not obscure the problematic backdrop of an election mired in preventable hardship, where courts placed voter’s health—if not their lives—at risk.

Michele Goodwin holds the Chancellor’s Professorship at the University of California, Irvine. Goodwin is the host and executive producer of podcast "On the Issues with Michele Goodwin." She is also the founder and director the Center for Biotechnology and Global Health Policy and its Reproductive Justice Initiative. She has published with Forbes, Salon, L.A. Times, Politico, Chicago Sun Times, Houston Chronicle, Christian Science Monitor and the New York Times, among others. 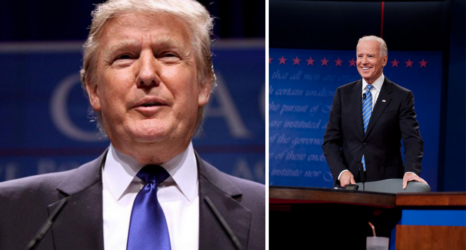 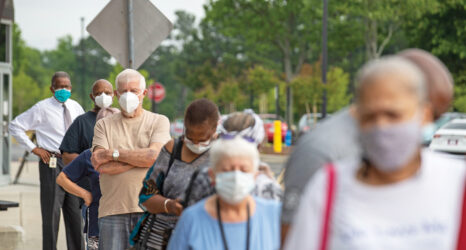 Equality Is on the Ballot: The Gender Gap Becomes a Chasm (Part 2)

Amy Coney Barrett is a Grave Threat to Women’s Rights
Native Women Earn 60 Cents on the Dollar of White, Non-Hispanic Men
Democrats Unveil Plan To Rein in the Presidency Once Trump’s Gone