Wondering How to Support Women and Girls? Fill Out Your Census. - Ms. Magazine
Skip to content

Every 10 years, as mandated by the U.S. constitution, the federal government conducts a census to gather data on the number of people living in the United States.

This tremendously important task will guide $1.5 trillion dollars in government spending involving more than 300 programs, and it will be used to inform electoral districts across the country.

As the economic impacts of COVID-19 grow, having an accurate count is more critical than ever to ensure communities get the government assistance they need.

An accurate count is especially important for women.

Women disproportionately rely on programs that are funded based on census data. For instance, since the responsibility of child-rearing often falls to women, they are more likely than men to benefit from childcare and early education programs like Head Start that allow mothers to stay in the workforce. Female-headed households receive 83 percent of all Section 8 vouchers, federal assistance that provides critical support for families struggling with housing insecurity.

While the percentage of girls receiving college degrees is on the rise, young women are more likely than their male classmates to require federally-funded student loans.

The census also determines healthcare spending. The 25 million women relying on Medicaid make up 62 percent of the program’s adult recipients. In their reproductive years, women are much more likely than men to require assistance from federal family planning grants like Title X. And, as they age, women face greater need for screening and management of chronic disease, mental health, and disability care.

The census count also enables us to project important population shifts, like the fact that 80-year-olds are the fastest growing segment of our population.

Here, too, women have the most at stake.

Thanks to a lifetime of gender wage inequities and other forms of discrimination, older women are more likely to live in poverty and face the threat of homelessness. Their lower earnings translate to less Social Security income and, combined with a longer lifespan, forces thin resources to be stretched farther—making older women more reliant on government programs and family support.

In addition, women are more likely to take on the responsibilities of family caregiving, which frequently require time off from paid work. Inadequate family care support services can perpetuate economic instability for many women and their families.

For these reasons and many more, an accurate census count is critically important to the well-being of this country’s residents.

“An Undercount Will Diminish Important Voices”

Unfortunately, some communities are historically undercounted. Often, the undercounted communities include women and girls as they are more likely to experience poverty, and this acts as a barrier in several ways.

Living in poverty increases the likelihood of being transient during the months the count is conducted and reminders and instructions are sent by mail. It also means less access to internet and phone service—making the survey harder and less convenient to complete.

Additionally, there is a greater chance of being omitted from administrative data like tax filings the government uses to track responses.

If women and girls are not counted accurately, they face the possibility of losing access to critical services.

Equally important, they risk forfeiting their ability to elect leaders who will represent their interests.

In accordance with the constitutional intention that each person’s vote carries equal weight, the census count is used to redraw political districts. For the next decade, we will elect representatives based on the 2020 census data.

An undercount will diminish important voices, which can have significant consequences when it comes to the distribution of public resources.

For example, without leaders committed to protecting women’s health and rights, government dollars meant to combat sexual assault on campus have been rerouted, leaving schools ill-equipped to protect their students. Funding for family planning has been either whittled away or redirected to ideologically driven organizations pushing religious agendas. Low-income women are already denied federally funded abortion services, and some elected officials are using the COVID-19 crisis to further restrict access. Even the U.S. Postal Service is falling prey to efforts to undermine public institutions and privatize what all Americans deserve—in this case, equal access to the ability and the right to vote by mail.

For people who are systematically under-represented—including women, people of color, immigrants and low-income individuals—the routine denial of critical resources and representation is a destructive and disturbing perpetuation of injustice.

The census is important. How we allocate our money and our votes matters greatly. A fundamental role of government is to distribute our collective resources in an equitable way, and we deserve leaders who will take this responsibility seriously.

So, if you are wondering how you can support vulnerable women and girls during this pandemic, here is one simple and meaningful action: fill out your census form. Make sure our communities receive the support they urgently need.

Because everyone deserves to be counted.

Editor’s note: For more on this topic, check out the Ms. op-ed by Stephanie Schriock, president of EMILY’s List, “Why Women Have an Outsized Stake in the Census.” 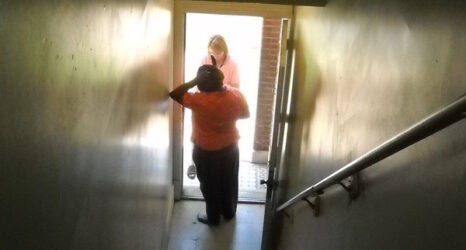 Fighting for a Fair and Accurate Census (Part 2): The Politics of the 2020 Census—and an Update on the Count 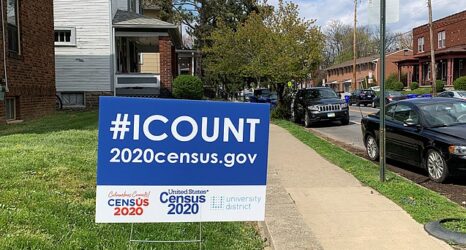 Fighting for a Fair and Accurate Census (Part 1)