Tools of the Patriarchy: Diet Culture and How We All Perpetuate the Stigma - Ms. Magazine
Skip to content

Tools of the Patriarchy is a biweekly column on the tools that establish men’s dominance in society, or, in other words, uphold the patriarchy. Whether or not these tools are used intentionally, they contribute to a world in which women are not equal to men.

We could write an entire book just on the tools of patriarchy that aim to police women’s bodies. We’ve already talked about a few ways hair is used; this week, we’re talking about diets, and more specifically, diet culture.

“Diet culture is a tool of the patriarchy because of how fixated on diminishing ourselves we can become,” Kimberly Dark, regular Ms. contributor and author of “Fat, Pretty and Soon to be Old” told Ms.

“A lot of folks have pointed out that an obsessed population is a docile one. … [When] we are only focusing on ‘How do we diminish our bodies? How do we stay hairless and smiling? How do we focus our spending on what’s considered self-improvement?’—that’s really comfortable for patriarchal aims because, first of all, it keeps us busy, but then it also keeps us spending.”

The Business of Fat

If you are one of the 45 million Americans estimated to go on a diet every year, this might be of interest to you.

Undoubtedly, diet culture is driven by a capitalistic industry.

“Diet culture first of all […] is a way to make a ton of money for certain companies and folks who are interested in women being preoccupied by their body size.

“We can’t ever for a minute take consumerism and capitalism out of the conversation about diet culture—because it’s huge. … It absolutely affects every single one of us! Or they wouldn’t be spending a bazillion dollars doing that stuff!”

In conclusion: It is one, big, patriarchal scam.

A study from the National Center for Biotechnology Information (NCBI) found “a high percentage of college females consider themselves overweight or obese, despite having a BMI in the normal range.” (BMI stands for “body-mass index” and is often used to measure what a healthy size is given weight and height—though the relevance of that number is debated as well).

Seventy-eight percent of the young women in this study had a healthy BMI, yet still 43 percent practiced dieting and 32 percent reported avoiding weight gain.

Another study by the National Eating Disorders Association (NEDA) found that, by age 6, girls begin to “express concerns about their own weight or shape.” In elementary school (ages 6-12), 40-60 percent of girls worry about their weight and becoming “too fat.”

Diet culture is so deeply ingrained in American culture that even when women or girls are perfectly healthy, they are frequently tricked into believing that they should lose weight. It is so ingrained that girls as young as six—literally children in kindergarten—can believe that they need to lose weight.

This oppressive concept is something Dark calls “the body project.”

How to Opt Out of the Body Project

“It is extremely counter-cultural to opt out of the body project. I think this is so important right now, when so much of diet culture has disguised itself as wellness, that we really make these distinctions. If your practice of wellness is looking at how you can modify your body, well, that’s still diet culture. Even if it is for health.“

This is key: In order to dismantle diet culture, it’s important to re-evaluate how we look at health and wellness. We need to stop equating health and wellness with thinness and weight loss—because until we do, perfectly healthy people will continue to believe that their bodies should be smaller.

This is harmful, for it perpetuates a culture where women more often-than-not hate—and are, in fact, expected to hate—their bodies. This culture leads to real harm.

NEDA estimates 20 million U.S. women will have an eating disorder at some point in their lives. And according to the National Association of Anorexia Nervosa and Associated Disorders (ANAD), every 62 minutes, at least one person dies as a direct result of an eating disorder.

Health and wellness do not mean weight loss. Equating the two contributes to a culture where women and girls devastatingly damage their bodies, and, as uncomfortable as it may be, values ingrained in us all are to blame.

“You Look Great; Did You Lose Weight?”

When we talk about the patriarchy, we often discuss it as an external, hostile force working against the success and safety of women and girls. Though difficult to process, the patriarchy is more like a cultural, societal, systemic, political issue we all contribute to—women included.

As Dark puts it:

“I think sometimes when we talk about ‘the patriarchy’ controlling women, then it seems like there is some committee somewhere trying to figure out the best way to do this. But the patriarchy is within us as well. … Social control of women’s lives is not just something that someone else does to us, it’s something that we do to each other and ourselves as well.“

A key example of this is our language around weight loss and women’s bodies.

“One of the most dangerous ways we fail our peers who are at risk for an [eating disorder] is by believing and acting like weight loss is always a positive thing.”

She goes on to recall how a friend of hers became at severe risk for anorexia when, upon losing weight, her peers began complimenting her quickly shrinking body. In response to this “feedback,” she continued to restrict her eating habits, despite having absolutely no medical need to do so.

Bigger picture: “Skinny” is not a compliment, folks. Stop treating it as one.

The Weight of Words

Words like “fat” are actually neutral, descriptive words—”fat” does not inherently mean something bad. But in a society obsessed with skinniness, it has turned into an insult.

“Our language constructs are also tools of the patriarchy,” says Dark.

Along the same lines, Miller wrote:

“It is high time that we internalize a new message: Neither weight loss nor weight gain is inherently good or bad. We are not automatically better, more worthy people if our asses get smaller, our cellulite more subtle or our dress size a lower number. Our refusal to acknowledge that and to stop making evaluative comments on others’ bodies is not just rude or insensitive, it hurts people.”

It is important to work to reduce the stigmas certain body types carry in their appearances, and to address how health shrouds itself in toxic, sneaky disguises—like within our own words.

Perhaps the biggest takeaway here should be those chilling words from Dark: “The patriarchy is within us as well.”

Remember that. Stop letting the systems which are ingrained within us, control us. Stop calling other women skinny as a compliment. Get comfortable with the word “fat”—don’t be ashamed of it. And most of all, get comfortable with yourself and your own body. Work on ending the belief that wellness means skinniness, because, the truth of the matter is, it doesn’t.

We live in a time where there are hundreds of tools to change our bodies—from dye and wax, to surgery, pills and tattoos—and individuals are perfectly entitled to change their own body if they’d like. The whole point is we should be able to decide what happens to our own bodies.

But we must remain aware of the motivation behind these changes: Are we changing our bodies to fit into a system that is indescribably harmful to us and those around us?

Be the solution. Fat and weight loss can be incredibly taboo, particularly within families who internalize this stigma and pass it down through generations.

But having conversations about our bodies in healthy, productive ways— rather than critical or accusatory—is the only way that we can end diet culture once and for all.

About Gavi Klein and Audrey Gibbs

Gavi Klein is a senior at Brandeis University majoring in American studies with minors in Italian studies and journalism. She is a contributor at Ms.
Audrey Gibbs is a junior at Sewanee: The University of the South, majoring in English with minors in Shakespeare studies and politics. She hopes to continue her education through law or journalism school. In her free time, she is a singer/songwriter and an actress. 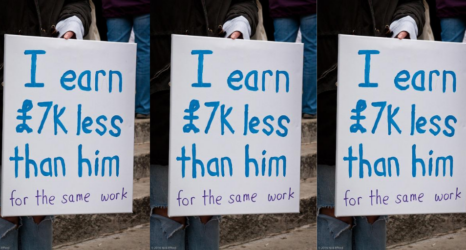 Tools of the Patriarchy: The Money Tool, and the Persistent Wage Gap 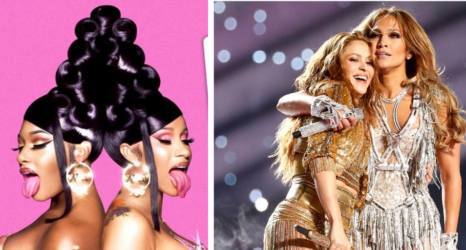 Tools of the Patriarchy: The Weaponization of Sexual Freedom