Editor’s note: 85 years ago, Nazi Germany passed the Nuremberg Laws. Made up of the the Law for the Protection of German Blood and German Honor, and the Reich Citizenship Law, these provisions embodied the racial theories of Nazi ideology and allowed the government to begin the systematic persecution of Jews in the country.

Soon after, the Nazi Party’s antisemitism and white supremacy became the guiding factors of the German government.

In 2020, these once-universally condemned political stances have begun once again to enter the mainstream political discourse. In the piece below, Alexandra Juhasz, the daughter of a Holocaust survivor, reflects on these “brutal stories of violence and loss,” offering a much-needed reality check—and a warning.

My friend asks on a call, “What are you doing with yourself?”

“Yes, actually. I’m just finishing one of those daughter-of Holocaust survivor memoirs. I mean, it’s not like I’m a student of the genre or anything … Well, I guess I am in a way, but … This one is good. I recommend it: When Time Stopped: A Memoir of My Father’s War and What Remains.”

“As I said, it’s not like I’m a student of the genre or anything … but, I do know something about it, so perhaps I am, in my way. Or maybe, less student than another role? Something less official but closer to home? Less consistent but nevertheless diligent? I’m no scholar of it. But, talking about it with you now, I suppose one might say I am something else, something closer. Maybe something more like this: I am the genre…”

I need to wind up the conversation.

Yet I continue, “Of course you know that I am the daughter of a survivor? And, it is true that I do, sometimes, engage with second-generation survivor lit, studies, movies, TV shows. I follow from a distance, sporadically, dangerously. And then, well, I don’t. Thinking about it with you now, all that distance, fear and disavowal are what is key to the genre; to me.”

Arianna Neumann writes her memoir, When Time Stopped (2020), very much in the way I read and talk about it: a mix of the daughters’ disinterest and willed and feigned indifference, linked to our inability to ever really know and the refusal of our parents to tell. There’s an illicit and somehow also anticipated search for those particularly gruesome buried stories that can never be told—and yet are told, in the genre and in us, as the genre.

When Time Stopped tells a measured and unfolding, soft but brutal tale of Neumann’s journey as she delicately but steadfastly comes into her father’s story of his awful, intolerable, inhuman survival in Prague—and then even less imaginably in Berlin during the Holocaust.

Her book relays how his history is unearthed via her own search over decades of painstaking research across nations, between distant and hitherto lost relatives, in public archives and private memories.

She slowly emerges into her book, with her voice as teller of her father’s tale, after what had been a long period of deep and lengthy unknowing of—her own doing? Her father’s doing?

Unimaginably, and even unconvincingly, she informs us that it is not until her college days in the U.S. in the 1990s (after growing up in Venezuela followed by high school in Europe) she is even informed that she is a Jew.

Only then does she begin to confront the strangest of inklings. Her immigrant father, a titan of industry in South America originally from Czechoslovakia, carries secrets of a childhood that is connected to something much darker than mere familial drama. It had never crossed her mind that his visible adult trauma—he wakes up at night screaming; he has a mysterious Nazi German identification card hidden in his office—could be founded in this, the worst, genre. A Jewish genre. A daughter’s burden.

Until he dies. This motivates her search and its related introspection and writing—for his story and for its connections to her though biological, narratological and historical links. How is it possible that she didn’t think to know this earlier?

Her not knowing is one part of the story she tells, as her blindness is fueled by his repression. These are both generic requirements of the genre. The daughter’s story is submerged, playing backup to the narrative proper: the father’s survival story as well as the incomprehensible losses of his murdered family. The book unearths these stories from boxes of sacred evidence: paper by paper, photo by photo, visit by visit, while living relatives—including the daughter—stand in for all those who were lost.

Reading for and as the daughter, I am riven by all the not knowing, the not telling, and then the genre’s required unleashing into knowing and telling.

Holocaust survivors do not tell these stories, until they do. Daughters do not ask or search, until we must. And yet we know—students of the genre, as the genre—that all this trauma materializes in our families, in our genes, in our children and in our dreams.

The daughters’ genre is how we have been cast to unleash the brutal stories of violence and loss we can’t tell and do not, the stories we refuse as irrelevant and distant, the stories we will away because our parents already did. We say these stories are not ours even though we know that they are, even as we are the ones telling and reading.

Okay, so yes. I read and watch, and very occasionally write and talk, about the trauma of my parent’s trauma. I am also a scholar and student of AIDS, cinema, documentary, queer and feminist media but not the Holocaust. Yet, as seems true for Neumann, no matter how I hard resist, our generic position is predetermined: to find out and then to tell…

How could I not? We are destined to play out our knowing and needing positions as we move farther in time, place, and generation from the trauma of war and genocide, and as those protected by the secrets no longer are in need of protection. But even as much as our performance of self and family is painfully preconstituted, questions remain for me: can we consider our method; and what are the ethics of our seeking, as well as our forgetting? What does it mean for us to use our own family to tell stories that others might need to hear?

Yes, I have blogged about Holocaust art. But that is the extent of my contribution, to date. I also know of women and gender non-conforming folks—about my age—who are scholars of film, feminism, media, gender, sexuality, while also being daughters and children of Holocaust survivors too. Some raised Jewish; others like me, not really.

None of us “work” on the Holocaust. Sure, a blog post. A mention, if asked. We’ve talked about working on why we don’t work on it together, creating both solidarity and distance. We haven’t yet. More of that knowing and not knowing paradox. A position so hard to inhabit. A dark situation from which to make scholarship, pen-pals or art.

So I read: Susan Faludi’s In the Dark Room (2016) which I swallowed whole during something close to crisis. Everyone in my family did after I passed it on.

I wasn’t sure if I should give it to my Dad. It was that dangerous. Too close to home. And my father, our living patriarch, is still very much alive—the heart and compass of our extended family (many of us raised Catholic, like Neumann). The genre waits to speak until the first generation no longer holds the reins of the story. That is ethical. This is our role. That is their due. Anything else seems impossible, immoral, undoable.

I wrote Faludi as much—I had to:

Our fates and fathers are eerily similar, and this made me feel like our precious stories, the ones you recount so carefully and beautifully, and the ones I learn in much the same way, are mere tropes and effects. While that feels tarnishing, in some respects, in others it allows me to see how our unique stories are functions of conditions like war, culture, history, place, family, education and religion, something I know as a scholar and about which your work circles…

My Dad hid (in the basement) in his family’s apartment building (that is the one they owned, as did yours) at Vadasz 17, which I’ve visited countless times. His cousin Nellie was the one family member who stayed in Hungary (she was a renowned scholar of linguistics who taught at the University of Vienna even while the wall was intact) and she lived in one of the family’s original apartments until she died, only recently. My father befriended a neighbor in the building on one of his many visits. A younger married working class woman much like your Dad’s pal.

She responded with a well-wrought letter. Yes connections are eerie. Her story is mine.

As is my sister Antonia’s, also a writer:

In 1987, when I was sixteen years old, my sister and I traveled to Hungary for the first time. My father was afraid to join us. In 1948, he and his family had fled Budapest—at just ten years old, he escaped while drugged in the trunk of a car. My family left behind the Nazis and Brown Shirts, as well as the totalitarian rulers who took hold of the nation at the end of World War II. He hadn’t been back since; but this did not stop him from allowing his American daughters to take the trip.

We visited our great aunt, who was then eighty-six years old. I had been raised on the story about her, told and retold by my father, of how, one day at the end of the war in 1945, she knocked on his family’s door: “Ez én vagyok, a Nelli, visszatértem Bergen-Belsen-bol,” she said—“I am Nelli. I have returned from Bergen-Belsen.”

In the summer of 2020, as my father shelters at home in Boulder, Colorado with my sisters, Antonia and Jenny helping him from a distance—as unidentified state-sanctioned thugs whisk citizens away in unmarked cars to unnamed destinations—it’s hard not to try to align with, learn from and connect to this man, our father’s story.

What might we learn from Joseph Juhasz’s almost unique ability to survive? What can he teach us from his still unspoken memories that could be of use for our shared human project of outlasting a global pandemic as well as a regime with totalitarian aspirations?

One of the hardest or most bleak lessons of the daughter’s genre is that our parent’s survival, and hence our own, has interlaced roots in chance, deceit, perceptiveness, ruthlessness, cold-hearted disavowal and warm-blooded care. Surviving creates the possibility for more life and love, further contributions and connections—but also grief, guilt and responsibilities ongoing. 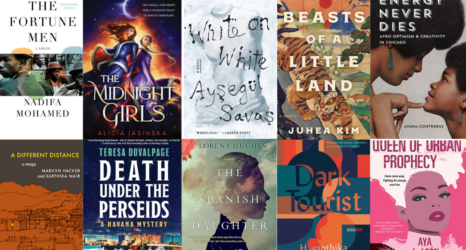