Oluna, Where Buying A Pair of Pants Donates A Year of Period Products - Ms. Magazine
Skip to content

At the 2016 Cannes Film Festival, Emmy Hancock, a film studies minor, viewed the award-winning British film, I, Daniel Blake. In one scene, a woman is caught shoplifting pads at a local food bank.

Hancock had an epiphany: Access to period products was “always something I had taken for granted,” she told Ms. “It never occurred to me that, for some, it may be out of their reach.”

This got her thinking: “Why does my university supply condoms but not feminine products? Why doesn’t every bathroom have what women need?”

Hancock was (of course) on to something—and in light of the pandemic, the lack of access has reached staggering heights: Worldwide, one-third of girls between the ages of 14 to 21 had problems affording or accessing period products, according to a recent study by Plan International U.K., a global children’s charity.

That’s how Hancock came up with the idea for Oluna—an ethical clothing company that donates a year’s worth of period products for each pair of pants sold. The brand also donates 50 percent of its proceeds to university research on policy, health, environmental studies and public perception surrounding menstruation.

Emmy told Ms. “Back in 2015 it was the year of the period. And I remember seeing lots in the news cycle surrounding period poverty and women taking a stand through viral activism to get a conversation going. What I realized was, 2015 was great, but it kind of quieted down.”

Emmy wanted to create a company that goes beyond just a viral moment—so over quarantine, she found the time to get Oluna off the ground, launching the company in October, and the brand has been gaining popularity since.

Hancock, the sole founder, designed the pants and found a female-run manufacturer and fabric manufacturer in Dallas, so that there would be a local and ethical supply chain. (The advertisement photos are also shot by a woman photographer, with models from a women-run modeling agency.)

Hancock says she wishes she had more women role models. “Anywhere I can look up to other women, I’m happy to do it.”

Hancock has big plans. She someday hopes to employ the women in shelters to help her package the merchandise. And she aims to eventually sell men’s clothing, so that men can have a direct impact themselves on this pertinent women’s health issue.

Hancock also hopes to someday put proceeds towards sponsoring girls and boys having period education together, instead of only girls receiving menstruation education. She says this ind of separation creates a culture of secrecy that doesn’t need to exist—and causes boys and men to feel clueless about periods.

She aims to expand the company to have an impact all over the U.S., but would like to continue focusing on a national impact.

Every purchase from Oluna can contribute to Hancock’s impactful vision.

Audrey Gibbs is a junior at Sewanee: The University of the South, majoring in English with minors in Shakespeare studies and politics. She hopes to continue her education through law or journalism school. In her free time, she is a singer/songwriter and an actress. 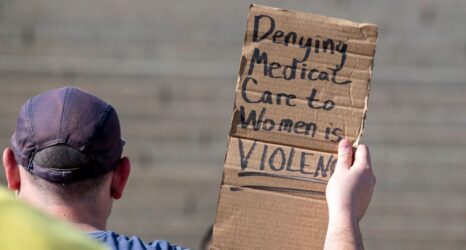 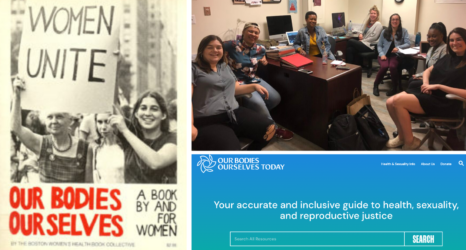