The Most Chilling Women in History You Should Know About - Ms. Magazine
Skip to content

As Halloween approaches, and we enter the season of witches, banshees and gorgons, we’re looking to be frightened and welcome stories that take us out of our comfort zones. Maybe part of that peculiarity is looking for stories where women don’t have to be benevolent heroes—instead, they can be vengeful spirits, unfeeling tyrants, and even, at their core, villains.

And, perhaps the scariest villains are the ones that live outside of the pages of a book. Real-life horror stories, like some of the ones collected here, are often brushed over when learning about history. And with good reason, too—a bone-chilling, 400-plus body count racked up by an old woman doesn’t exactly paint a rosy picture of Victorian England. But, at times, it does paint a more complete picture.

I’m part of the team that writes and produces Encyclopedia Womannica, a podcast highlighting the stories of women you might not have read about in your history class, in just five minutes a day. Part of the show’s mission (apart from introducing you to pretty interesting women from all over the world) is to spotlight the fact that women have always been part of history and shaping the world as we know it today—and that means the good, the bad, and the ugly.

So, we’ve pulled together a collection of the four most chilling women you might not have heard of in history class: women who committed horrible crimes, and whose notoriety converted them into the kind of story you might tell on a dark and stormy night this month (or on a podcast!)

She was sentenced to six years in prison, released in 1941, and lived out her days as a Buddhist nun in the Japanese countryside. Abe’s story took on mythic overtones and has since been adapted into many works that depict her story as one of a woman trying to follow her own desires in a society built on “false morality” and oppression.

When Amelia Dyer was hanged in 1896, she had been convicted for the murder of one child and confirmed to be involved in the deaths of six others. Estimates believe she could have been responsible for the deaths of up to 400-plus children.

While she initially cared for children legitimately, Dyer had gotten away with so many murders due to the lax protections around children and the stigma against unwed mothers in Victorian England: Her cover of “baby farming,” or taking the children of unmarried women in exchange for money, actually was not uncommon in the era.

Dyer’s case shocked her contemporaries, but it shed light on the dark underworld of baby farming and led to more stringent laws for childcare and adoption.

Leonarda Cianciulli was nicknamed the “Soap Maker of Correggio.” While it’s not a chilling name on its own, it is when you learn her main ingredient: Leonarda would lure in old women, kill them, and turn them into soaps and candles. She also turned a few into cakes.

Cianciulli’s motivation for killing isn’t known for sure, but some sources say it may have stemmed from a psychic reading she had when she was a teenager. The psychic said she would have many children, but they would all die young—and over the course of her life, Leonarda suffered three miscarriages and had 10 children die in their youth. Some say Cianciulli killed in order to protect her favorite son in war via human sacrifices.

When her story broke news in 1946, it shocked people both for its gruesome nature and for the fact an old woman could be capable of such violence.

Darya Saltykova was a Russian noblewoman who abused her power over the serfs on her land: Of the 600 serfs under her charge, she killed as many as 138 of them, nearly all young women. Her case became the prime example of inequity and injustice for peasants under Russia’s serf system. Not only did she mistreat those serfs, she also threatened any of them who dared to call attention to her cruelty.

Her reign of terror only came to an end after two of those serfs pulled information out of Catherine the Great, Russia’s Empress. Even then, she was found guilty of 38 of those murders.

Carmen Borca-Carrillo is a production assistant at Wonder Media Network. She writes and produces for Encyclopedia Womannica, a daily, 5-minute podcast highlighting different incredible women throughout history. Find her on Twitter @CarmenTheUltra. 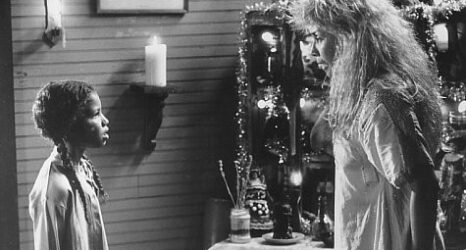 How the Big Business of Divorce Benefits Men
Weekend Reading on Women’s Representation: Sweden and Honduras Both Get Their First Female Heads of State
Without Women Leaders, We Won’t Have The Bold and Concrete Climate Actions Our Planet Requires