In allowing Texas law S.B. 8 to take effect in early September and almost completely ban abortion in the state, five Supreme Court justices abruptly curtailed the constitutional rights of Texans—and rendered Roe v. Wade meaningless for over 11 percent of the U.S. population. Other states are sure to follow.

The Court effectively abandoned a half-century of precedent without admitting it or providing any reasons, despite the fact that the great majority of Americans oppose the elimination of Roe. How did we get here? Conservatives have relentlessly focused on reshaping the Court for decades. To a large extent, this stunning outcome is a story of democratic failures and the power of big money in American politics.

Although the federal judiciary is not elected, elections impact the Court and its role in our democracy. The president nominates and the Senate confirms justices—and voters exercise control over who gets elected to those offices. But the way our electoral institutions are structured allows for minority rule, from the Electoral College (which allows a candidate to win the presidency without a majority of votes) to the Senate (a legislative body where Americans do not enjoy equal or true representation, since senators representing less populous states can control the chamber and drive outcomes).

The current makeup of the Supreme Court is a direct result of this dysfunction: Four of the nine justices who joined the initial decision to allow S.B. 8 to take effect were appointed by a president who lost the popular vote. And all five of the justices who greenlighted S.B. 8 were confirmed by slim majorities of senators who represented millions fewer Americans than the senators who opposed their nominations.

Four of the nine justices who joined the initial decision to allow S.B. 8 to take effect were appointed by a president who lost the popular vote.

Even worse, elections for those Senate seats are subject to the expanding power of a handful of mega-rich individuals. Our broken campaign finance system gives an unrepresentative set of big donors disproportionate influence.

The 2016 and 2018 elections, in which Republicans retained Senate majorities that allowed them to confirm Trump’s three Supreme Court nominees, cost record-breaking amounts. Megadonors gave to candidates through super PACs and dark money groups—vehicles that allow unlimited amounts of sometimes untraceable money—as they have been able to do for more than a decade since the Citizens United ruling opened the floodgates for political spending.

Take, for example, the Senate Leadership Fund—a super PAC affiliated with Senate Minority Leader Mitch McConnell of Kentucky, which spent $184 million boosting conservative candidates in 2016 and 2018. It raises almost all of its money from those who donate at least $100,000 and also takes tens of millions from One Nation, a group that keeps its donors secret.

Not surprisingly, much of the money on the right comes from sources opposed to abortion. Anti-abortion businessman Richard Uihlein was one of the top 10 election donors in the country in 2016 and 2018, giving $64 million over those cycles. (To be sure, there are pro-choice megadonors, too, as well as national groups that are heavily involved in election spending.)

And Supreme Court nominations themselves attract big spending, with millions in dark money intended to influence senators’ confirmation votes. In fact, some of the same interests spending on elections also pay for ads boosting nominees, often targeting the senators most likely to face a competitive race in the near future.

Beyond influencing federal elections and the Supreme Court nomination process, big money played an outsized role in the passage of S.B. 8 itself. A handful of oil and gas tycoons exerted massive influence over Texas politics by funneling millions into statehouse races. Their money has flowed through several super PACs, including the Texas Right to Life PAC, which has funded lobbying and supported numerous anti-abortion politicians. Ninety-five percent of the PAC’s money came from just four families.

In 2018, the PAC began propping up challengers to its own former endorsees, calling those that they had previously awarded perfect “pro-life scores” too lenient on abortion.

This strategy of pushing—and paying for—more and more extreme candidates seems to be paying off. Many of the candidates that Texas Right to Life PAC supported in 2020 went on to sponsor or cosponsor S.B. 8. Some were also behind another bill attacking Texans’ basic rights: S.B.1, the dangerously restrictive voting law that erects higher barriers to ballot access and is especially harmful to Texans of color.

Because of the campaign finance arms race, candidates and elected officials pay too much attention to the interests of megadonors and special interests, muting the voices of ordinary people. Even though a large majority of Americans favor keeping abortion legal, a vocal—and wealthy—minority is able to exert influence on policy and judicial appointments through campaign spending, leading to extreme laws like S.B. 8 and an out-of-touch Supreme Court upholding them.

Candidates and elected officials pay too much attention to the interests of megadonors and special interests, muting the voices of ordinary people.

It is urgent that we start to unwind the broken election and campaign finance systems that got us to this crisis point. To protect public approval and legitimacy of the Court, Congress should consider changes to the appointment process, and the Electoral College should be replaced with a national popular vote for president. Campaign finance reforms to increase the power of regular Americans in presidential and senate elections are also key, including public financing and robust disclosure—both included in the Freedom to Vote Act.

These reforms aren’t magic fixes, and they certainly won’t undo the damage already caused by S.B. 8. But they’re an essential part of the way forward. We need to ensure the pro-choice majority of America has a government that is reflective, responsive and truly representative.

About Ian Vandewalker and Mira Ortegon 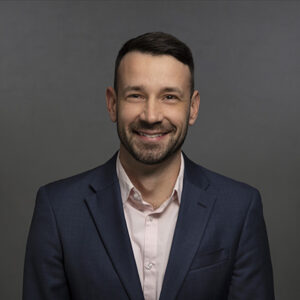 Ian Vandewalker is senior counsel for the Brennan Center, where he works to address the influence of money in politics and disinformation in U.S. elections. His advocacy for democracy reform is driven by the passion to empower marginalized communities and eliminate barriers to political participation. Find him on Twitter:@IanVandewalker 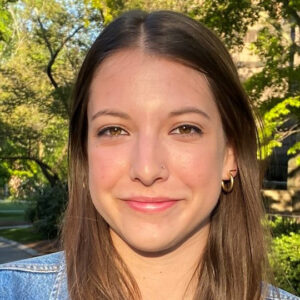 Mira Ortegon is a research and program associate at the Brennan Center, where she focuses on federal democracy reform. Mira is passionate about making the United States more equitable through policy advocacy and investigative journalism. She previously wrote for the Brown Political Review and her essay exposing institutional harm caused by the Brown University Office of Residential Life was published in the College Hill Independent.