The Justices Have No Robes - Ms. Magazine
Skip to content

The Supreme Court faces a rule-of-law crisis of its own making.

In a late-night order in early September, the Court allowed a Texas law to go into effect that prohibits the vast majority of abortions. The law is enforced by individuals authorized to sue anyone who helps with a banned abortion. Doctors, friends who pay, and even Uber or Lyft drivers who drop pregnant people off at clinics are at risk. Defendants who lose could be hit with huge monetary damages and be forced to pay plaintiffs a bounty of $10,000 or more. Last week, the Justice Department sued Texas, contesting the law’s constitutionality.

Not only did the Court’s unsigned order effectively render Roe v. Wade a dead letter in Texas, upsetting nearly 50 years of settled law; it also destabilized over 200 years of judicial responsibility. The Supreme Court abdicated its singular duty to protect our constitutional rights—regardless of how controversial they are—and gave credence to a law specifically designed to prevent the judiciary from doing its one job.

In July, plaintiffs in Whole Women’s Health v. Jackson asked the Supreme Court to prevent Texas’s near-categorical ban on abortions from going into effect while its lawfulness was being challenged. A 5–4 majority of the Court denied this request.

On September 1, in a single paragraph of reasoning, the Court contended that a plainly unconstitutional law must be implemented while its legality was being litigated because its unusual statutory scheme raised enough questions that the plaintiffs didn’t meet the legal standard for an injunction.

The Court focused on the fact that the state had delegated the enforcement of the law to members of the public rather than government actors. In other words, it was not technically the state unlawfully introducing huge barriers to abortion access, they said with a wink, but rather the state deputizing and incentivizing individual vigilantes to introduce these barriers on its behalf.

Bafflingly, the Court accepted these procedural shenanigans and refused to subject the Texas law to normal judicial review, seemingly because Texas did not want it to be reviewed. The rationale on display by Texas and the Supreme Court strains credulity: The Texas Legislature seeks to avoid culpability for violating its residents’ rights by outsourcing its unlawful activity to uterus-watchdogs, and the Court seeks to avoid culpability for letting the violation proceed by hiding behind procedural loopholes.

Centuries-old precedents make clear that it is emphatically the responsibility of the judiciary to say what the law is. Judges exist, in theory, to recognize and provide remedies for unlawful intrusions on rights. When a statute is at odds with our fundamental rights, the Court is supposed to say so and constrain bad behavior—and it has ample legal tools to do so.

The Supreme Court abdicated that responsibility by endorsing Texas’s cynical circumvention of judicial review. By accepting the state’s blueprint, the Court has instructed legislative bodies across the country that they may infringe on bodily autonomy if they craft their laws just right. The effect is to declare that disfavored political groups, such as low-income people of color who want or need an abortion, have no rights this Court is bound to respect.

The Court’s eager reliance on procedural flimflam to deny a legal right to millions of people betrayed a shocking unfaithfulness to the law. As Justice Sonia Sotomayor’s dissent admonished, “The Court should not be so content to ignore its constitutional obligations to protect not only the rights of women, but also the sanctity of its precedents and of the rule of law.”

This self-induced quake in the foundations of constitutional interpretation most immediately endangers the lives of millions of people in Texas who can get pregnant, along with anyone who assists them in ending their pregnancy.

If the Court does not exist to respect rights, why does it exist and why should it be respected?

There is no reason to assume it will stop there. By the Court’s reasoning, its hands would be tied in stopping the implementation of a law recodifying segregation so long as a state outsources enforcement to the public. We residents of the United States who are governed but not protected by its laws must now wonder: Which right will be next? And for whom? And if the Court does not exist to respect rights, why does it exist and why should it be respected?

This final question is, perhaps, radical. So is the Court’s behavior. And the judiciary does not have armies or the threat of force to carry out its judgments. It only has its reputation and institutional legitimacy. It stands to lose both when it behaves in profoundly disreputable and illegitimate ways. Like the emperor’s missing clothing, the Supreme Court risks exposing itself as a farce.

This essay originally appeared on the Brennan Center. 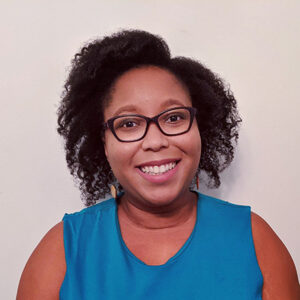 Madiba K. Dennie is counsel at the Brennan Center, with a particular focus on fair and equitable representation in our political process, as well as a columnist and professor committed to racial and gender justice. Her legal and political commentary has appeared in outlets including the Washington Post, The Nation, and Balls and Strikes. Find her on Twitter:@AudreLawdAMercy.