The Government Has a Long History of Controlling Women—One That Never Ended - Ms. Magazine
Skip to content

“Women can ‘control their reproductive lives’ without access to abortion; they can do so by refraining from sexual intercourse.”

This stunning statement was written in a “friend-of-the-court” brief submitted to the Supreme Court in July by Texas Right to Life and signed by Jonathan Mitchell, one of the architects of Texas law S.B.8. And it makes crystal clear that outlawing abortion isn’t the only end game. Control over women is. It is imperative that we pass laws that actively affirm fundamental equality—such that women have control over both our reproduction and our lives—otherwise we remain perpetually vulnerable.

The ability to control one’s body is intrinsic to controlling one’s life. This is true along the entire reproductive continuum, from sex to abortion to delivery. In her 1993 confirmation hearing to join the Supreme Court, Ruth Bader Ginsburg explained to the Senate Judiciary Committee: “The decision whether or not to bear a child is central to a woman’s life, to her well-being and dignity. It is a decision she must make for herself. When Government controls that decision for her, she is being treated as less than a fully adult human responsible for her own choices.”

In short, she is being treated differently—and less than—a man.

Twenty-five years later, then-Senator Kamala Harris made the point more plain during Brett Kavanaugh’s confirmation hearing, asking, “Can you think of any laws that give the government power to make decisions about the male body?” Judge Kavanaugh replied, “I’m not aware—I’m not—thinking of any right now, Senator.”

Soon, now-Justice Kavanaugh will be among those who decide the fate of the constitutionality of abortion—even as the public awaits his final answer to whether similar laws controlling men’s bodies would be legal or appropriate.

Throughout modern history, government control over women’s bodies—and by extension, women—has been a prevalent theme, built into our very systems. Rape was initially deemed a property crime against the victim’s father. And as property themselves, married women couldn’t own property under the common law principle of coverture; states gradually granted property ownership to married women up to the 1900s.

To keep women in their place—and thus, out of power—American laws long forbade women from full societal participation: In 1948, the Supreme Court affirmed women couldn’t be big-city bartenders unless their father or husband owned the establishment; only in 1973 could women serve on a jury in all 50 states; and until 1974, women without their husband’s permission could be refused credit cards.

Of course, we’ve since achieved advances—legislative, jurisprudential, societal—that make these examples seem archaic. Yet the work to secure true equality under the law has never been completed. And we must avoid the temptation to be lulled into the mistaken belief that it has.

The work to secure true equality under the law has never been completed. And we must avoid the temptation to be lulled into the mistaken belief that it has.

On the basis of gender alone, women have too few legal protections for their fundamental equality. The Equal Rights Amendment still has not crossed the finish line. Women are not included in certain provisions of the landmark Civil Rights Act of 1964. Even laws like the Equal Pay Act, requiring equal pay for equal work, are undermined by massive loopholes.

A particularly stunning example of women’s lack of legal protection is how courts have interpreted Title VII of the Civil Rights Act, which forbade sex discrimination in employment. This law is one of the most powerful equality tools, but as Rachel Osterman wrote in the Yale Journal of Law and Feminism, even a decade after its passage, courts inaccurately dismissed the inclusion of women as a joke; a federal court ruling frankly stated, “Congress in all probability did not intend for its proscription of sexual discrimination to have significant and sweeping implications.”

Despite the visionary work of our foremothers, today’s persistent gender equality gap persists—one of legacies of such damaging legal interpretations. Yes, we may have it better than our mothers, but the current state of the law is not enough. And Texas law S.B. 8—and the public statements made by its architects—show just how much worse it could get.

And that is because abortion is not (just) a health issue. Whether we are willing to let women and people capable of becoming pregnant control their own bodies, for health or any other reason, is an equity issue—a question of who deserves bodily autonomy and freedom to reach their full potential. (Importantly, this is not solely a “women’s” issue. Although the Texas law is conveniently silent on men’s liability, women don’t tend to conceive by themselves. But it is only their liberty that is curtailed.)

Despite the visionary work of our foremothers, today’s persistent gender equality gap persists. Texas’s S.B. 8—and the public statements made by its architects—show just how much worse it could get.

Ultimately, abortion bans and restrictions are part of broader legal and societal structures that were unambiguously designed to not recognize women’s inherent equality. And, through the law, intended to ensure we did not have the same fair shot as our male counterparts. Our work to counter this next wave of abortion laws is also our next best opportunity to call out these systemic flaws and then to profoundly transform them.

For too long across time and place, simply trying to be equal, as a woman, has required an act of resistance. The American legal system should not advance that injustice. 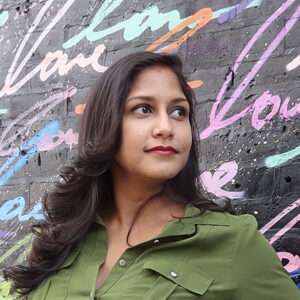 Elizabeth Hira is a policy counsel and Spitzer fellow at the Brennan Center for Justice and lead author of the recent report “Equity for the People: S.1/H.R. 1 and the Fight for an Inclusive Democracy.” Previously, Hira served as a lawyer on the Hill, first on then-Senator Kamala Harris’s legislative team, then on the U.S. Committee on House Administration, where she helped to craft the original iteration of H.R. 1 for passage in the 116th Congress. Hira has consulted on judicial strategy for abortion rights and served on the Board of the New York Abortion Access Fund. She wrote and performed a one-woman show, “Pursuing Guerrilla Equality: Modern Misadventures of Gender and the Law.” Find her on Twitter:@ElizabethHira.