Without Women Leaders, We Won’t Have The Bold and Concrete Climate Actions Our Planet Requires - Ms. Magazine
Skip to content

As minister of foreign affairs in Panama, I recently represented my country at a summit of leaders in our region—you could count the number of women at the table on one hand. By failing women, we also fail the planet.

Let me make this clear: By failing women, we also fail the planet.

If we had more women in leadership positions, perhaps the health of the planet would not be in such a delicate and critical state. For example, one study by the University of California and the University of Oregon found that across 130 countries, women in government positions were more likely to sign on to international treaties to reduce global warming than men. Another study published in the European Journal of Political Economy found that female representation across 91 countries correlates with more stringent climate change policies and lower carbon emissions.

As minister of foreign affairs in Panama, I am one of only five female head diplomats in the region out of 35 countries. I recently represented my country at a summit of leaders in our region—you could count the number of women at the table on one hand. The same trend persists for heads of government worldwide. There are 193 states recognized by the United Nations and only 22 of them are led by women. It is painfully clear there still remains much work to be done.

Data supports foreign policy, and policymaking at large, benefits when more women are included. Peace talks improve and lead to resolutions. Between 1992 and 2019, only 13 percent of negotiators and 6 percent of signatories in peace deals were female. Yet peace tends to last longer when women are at the table.

Women make significant contributions to global economies as entrepreneurs or as a significant part of their household income. Yet their potential is throttled when they are systemically denied access to resources men routinely rely on. Over 1.3 billion women do not have an account at a formal financial institution and only 20 percent of landowners globally are women. Given realities like this, it’s unsurprising women globally earn 24 percent less than men. If women are not given equal access to education, financing mechanisms, technologies, healthcare and critical services, living sustainably will be unachievable.

If women are not given equal access to education, financing mechanisms, technologies, healthcare and critical services, living sustainably will be unachievable.

Panama, one of the world’s only three carbon negative countries, meaning our forests capture more carbon than what we emit as a country, went to COP 26 with a team of negotiators majority composed of women. The courageous, clear and well thought out policies proposed by our team were internationally recognized.

Including more women will not be an easy task—it involves total commitment. Commitment doesn’t translate into wonderful and compelling speeches. It means “walking the walk.”

In Panama, we strive to lead by example and we are hoping to build a framework that guarantees women’s participation and gender parity. For example, we have established a microloan program for entrepreneurs, with 70 percent of funds going to women in business. We are also putting capital behind sectors with particularly strong potential for post-COVID economic booms, with a particular focus on industries where women can find employment.

As a founding member of the Equal Pay International Coalition (EPIC) and the Latin America Group’s candidate for the executive board of UN Women from 2023 to 2025, we in Panama recognize women’s contributions will be paramount to solving these problems. As important as it is to set carbon reduction goals, distribute vaccines and feed a growing global population, we must recognize women’s equal rights are a prerequisite for success. We must place that understanding in our national policies and international commitments. Panama will be hosting a regional high-level dialogue in coordination with EPIC this December to promote such policies and commitments

Perhaps women are the only credible threat to the status quo. Hard decisions need to be made if we are to change course and reduce global warming. Those that benefit from the status quo favor resistance and political inaction, women certainly pose a threat to those accepted norms. It is by failing to include women in decision-making spaces, we might be literally jeopardizing our planet.

Erika Mouynes serves as the Minister of Foreign Affairs of the Republic of Panama. 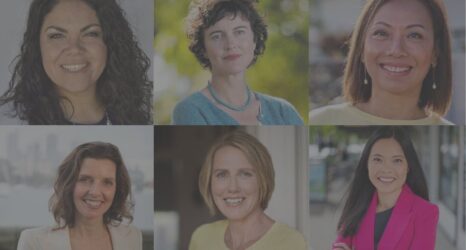