A more expansive vision for reproductive autonomy is necessary—and state courts can lead the way.

With the Supreme Court poised to overturn Roe v. Wade, and protections from federal courts devolving, state courts can provide an alternative path. Beyond simply backstopping potential damage to or the complete loss of Roe, state courts have the power to interpret their own state constitutions to advance reproductive autonomy—well beyond present frameworks.

Over the last three decades, high courts in 11 states have recognized that their constitutions protect abortion rights independently from and more strongly than the U.S. Constitution, or have struck down restrictive laws that the Supreme Court has upheld. As outlined in our new report, “State Constitutions and Reproductive Rights,” these opinions have not only protected access within the state, but also collectively influenced positive decisions in other states.

While state courts still have far to go—none have addressed the racial discrimination that undergirds restrictions, for example, or considered the intersection of pregnancy, childbirth and security for families as part of reproductive autonomy—they have built a legal foundation that goes beyond what the federal courts have allowed.

One important way that state courts have avoided pitfalls in federal jurisprudence is by expansively interpreting the text and history of their constitutions to safeguard reproductive rights. This contrasts with many federal courts—whereby the approach has been to employ narrow, backward-looking analysis to reject rights such as intimacy, same-sex marriage and abortion.

For example, the Kansas Supreme Court recognized that the Kansas Constitution protects the right to abortion by analyzing the constitution’s original drafting—and found that its framers intended to broadly protect rights to personal autonomy, dignity, bodily integrity and self-determination.

Similarly, the Montana Supreme Court held that open-ended constitutional language required judges to expansively define and protect procreative autonomy, including abortion. And when the Iowa Supreme Court recognized that abortion was a fundamental liberty and equality right under the Iowa Constitution, it noted that restrictions on reproductive rights drew on outdated stereotypes.

State courts have avoided pitfalls in federal jurisprudence by expansively interpreting the text and history of their constitutions to safeguard reproductive rights.

Unlike the federal courts, state courts have been more prone to recognize that privacy rights protect abortion access.

The Alaska Supreme Court held in multiple rulings that the right to privacy in the Alaska Constitution confers the strongest protections for abortion, including for minors and people who receive Medicaid—groups that U.S. Supreme Court decisions have largely deprived of privacy rights. The Florida Supreme Court also recognized that the right to privacy in the Florida Constitution protects against government interference in personal life, including restrictions on abortion. High courts in California, Massachusetts, Minnesota, New Jersey and Montana have also relied on privacy rights to protect abortion as a fundamental right more strongly than federal case law.

Given that sex stereotypes about the role of women and discrimination against disfavored groups undergird abortion restrictions, it is plain to many that the right to decide whether to continue a pregnancy is essential for equality. And yet, the Supreme Court has not held that abortion restrictions violate equal protection guarantees under the U.S. Constitution. In one context, in fact, it directly upheld policies that discriminate on the basis of pregnancy as consistent with equal protection.

Equality arguments have fared much better in many states—including in Alaska, Arizona, California, Iowa, New Jersey and New Mexico. The Alaska Supreme Court, for example, recognizing that low-income people face unsurmountable barriers to abortion access in the absence of public funding, struck down a law that excluded abortion from Medicaid coverage. And the New Mexico Supreme Court used its constitution’s equal rights amendment to strike down the state Medicaid program’s limitations on abortion funding as sex discrimination.

Even though only a minority of state courts to date have recognized independent and stronger protections for abortion rights in their state constitutions, those decisions nonetheless have contributed to positive outcomes nationwide. As this body of precedent becomes more robust, it has the potential to become increasingly influential.

If not protected from partisan and ideological attacks, it will become even harder for state courts to build a stronger and more inclusive jurisprudence for reproductive autonomy.

However, the politics can be perilous. In Florida and Iowa, state Supreme Court justices who voted to strike down abortion restrictions were replaced by governors who disfavor abortion rights. In Montana, after almost 25 years, the state attorney general recently asked the state Supreme Court to overrule its opinion holding that the constitution protects abortion. And in Kansas, abortion opponents have placed an initiative on the ballot to strip abortion rights from the state constitution.

If not protected from partisan and ideological attacks, it will become even harder for state courts to build a stronger and more inclusive jurisprudence for reproductive autonomy—one that redresses racial and multiple intersecting forms of discrimination, and ties together abortion with the right to be pregnant and have and raise children on one’s own terms. And state courts will need to move forward under immense pressure with 25 states poised to ban or severely restrict abortion if Roe falls.

To safeguard access, maintain past gains and build on the possibilities state constitutions offer to creatively surpass federal case law, there must be concerted efforts to protect and improve state judiciaries. A more expansive vision for reproductive autonomy is necessary—and state courts can lead the way.

About Amy Myrick and Tamar Eisen 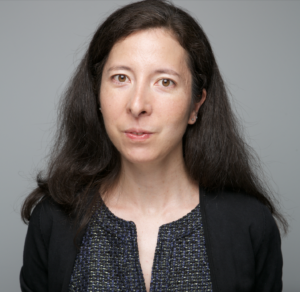 Amy Myrick (she/her) is a senior staff attorney for judicial strategy at the Center for Reproductive Rights where she works on creative strategies to advance and protect reproductive rights law in federal and state courts. 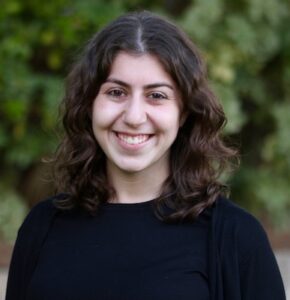 Tamar Eisen (she/her) is the program coordinator for judicial strategy at the Center for Reproductive Rights where she contributes to legal research and the development of strategies to advance and protect reproductive rights in the courts.