With a nation as large as the United States, we have developed a multitude of governmental positions to fulfill the various responsibilities necessary to keep the country going. Ever since the overturn of Roe v. Wade in June, the national gaze has shifted towards state-level leadership.

But who is pulling the levers of power in states? While the vast majority know about roles at the federal level, less understand who is behind operations at the state level.

Two roles we crucial to highlight are attorney general and secretary of state. What exactly do these positions entail and why do they matter? (This explainer will cover secretaries of state; find our explainer on attorneys general here.)

Additional responsibilities and areas of oversight include:

There are no specific work experience requirements in order to become a secretary of state, but most states do have basic requirements such as a minimum age, being a registered voter, and state residency and citizenship requirements. Generally speaking, the secretary of state has some experience in election administration, although this is not essential. Most secretaries of state have a passion for voting rights and elections.

Many states do not have term limits for the secretary of state, but 16 do impose some sort of limit.

Significance of the Position

In 2022, 27 states are holding elections for the position of secretary of state. These positions are important because they help facilitate one of the most sacred aspects of our democracy: voting. Without the secretary of state, having proper voting equipment, receiving ballots in the mail, resolving issues on Election Day, and tabulating election results would not be possible.

In order to build a democracy that works for everyone, women and minorities must be represented at every level of government in every position possible. Women and women of color face unique challenges when it comes to voting. The best way to address these obstacles is to elect and appoint secretaries of state who have experienced the issues firsthand, as they are the most qualified to advocate for necessary changes that promote and protect access to the ballot.

As in nearly all elected positions, women remain drastically underrepresented. Stereotypes and norms lead to women having to do more in order to prove themselves to voters. This can discourage women from running for office, especially if they underestimate their eligibility and electability. Furthermore, if women don’t see other women in office, they are also less likely to be able to picture themselves as holding those positions. This is why candidate recruitment and early funding can be important.

Critically, systemic barriers like gender bias in party recruitment and PAC funding, and the numerous issues in our winner-take-all election system create an environment completely stacked against women candidates. We must implement systems changes to break these barriers, and ensure gender-balanced governance.

Gender-balanced funding and recruitment targets can help the issue of women’s underrepresentation in politics and remove barriers so more women run. Systems solutions such as implementing ranked choice voting would allow voters more of a choice, and decrease the need for strategic voting or strategic selection within parties. This would remove barriers so that more women can win.

It’s important to note that no one single structural change will solve the issue of getting women to positions of political power. We advocate for a holistic, reinforcing package of reforms that address barriers across the entire political lifespan, from running to winning, and serving to leading.

Secretaries of state play a critical role in protecting and implementing fair and free elections and are truly on the front lines of protecting our democracy. The significance of this role makes ensuring adequate representation in this position of utmost importance.

As you gear up to vote this fall, we hope this explainer has helped demystify the role of secretary of state and what important players they are in state-level governance.

Care about U.S. democracy, women’s leadership and fair representation? We do too. Let Ms. keep you up to date with our daily + weekly newsletters. (Or go back to the “Women Saving Democracy” essay collection.)

Steph Scaglia is a research associate at RepresentWomen, a think tank and research hub dedicated to strengthening our democracy through ensuring more women can run, win, serve and lead. She graduated from New York University with a degree in political science in 2022.
Alissa Bombardier Shaw is the outreach associate for RepresentWomen. Follow her on Twitter @alissashaw_. 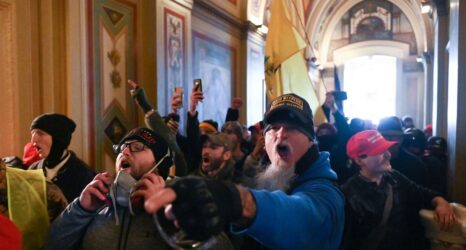 The Last Word on Jan. 6: It’s Not What My Democracy Looks Like 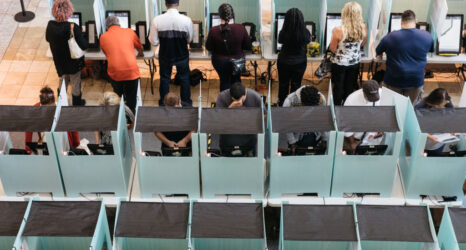 Your Guide to Voting in the 2022 Midterms