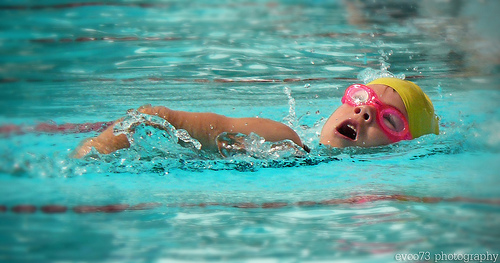 20/20 has broken news of pervasive sexual misconduct and abuse by coaches in USA Swimming, the governing body that oversees all levels of the sport, including the Olympics. Thirty-six coaches in the past 10 years have been banned for secretly videotaping, molesting, and/or raping young swimmers.

But like the Catholic Church, USA Swimming apparently kept the abuse quiet: They did not release the names of banned coaches. And in 2008, USA Swimming gave an unblemished background check to a coach who had been abusing young girls for 30 years and had been the subject of numerous complaints and investigations.

In a particularly disgusting move, the lawyer for an accused coach passed responsibility on to the parents of the swimmers, saying they were so blinded by the desire to have their children succeed that they weren’t “minding the store.”

In response to the uproar, USA Swimming says it is considering a hot line for anonymous abuse reporting and a public “black list” of coaches who have been banned for life for sexual misconduct.

Olympic Gold Medalist Deena Deardurff Schmidt speaks about being molested by her coach as a child.

Via Jezebel and ABC News.