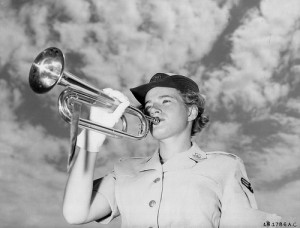 I appreciate the attention Ms. magazine has devoted to the issue of sexual assault in the military, including the most recent article in the Spring 2010 issue. Sexual assault within the ranks is without a doubt antithetical to values that define military culture: honor, trust and camaraderie. Any sexual assault undermines the moral foundation of our armed forces and does irreparable harm to unit cohesion. It also, as your article points out, devastates our service members and their families. The stories contained within the article are heartbreaking, and I want to thank those brave women for sharing their experiences. Their voices help members of Congress and officials in the Department of Defense (DOD) address these incidents more effectively.

Sexual assault is a complex problem that does not lend itself to a single discussion. As chairwoman of the House Armed Services Subcommittee on Military Personnel, I set out last year to continue an intense examination of sexual assault in the military by holding a series of hearings. The first two hearings of this series looked at victim advocacy and support, as well as the prevention programs put in place by the DOD. As your article mentioned, our last hearing held earlier this year fully examined the recent findings and recommendations of the Defense Task Force on Sexual Assault in the Military Services. I believe the depth of this report demonstrates the DOD’s attention to this problem as well as its intentions to improve on current efforts and eliminate sexual assault in our armed forces.

There’s a historic stand-alone title within this year’s National Defense Authorization Act; a complement to previous efforts, it is the most comprehensive package of legislative proposals addressing sexual assault in the military in the committee’s history. Provisions include the creation of legally privileged confidential conversation between uniformed victims and victim advocates, expediting and improving legal consultation and decision-making for victims within the military’s judicial system and providing greater policy and budgetary authority for prevention and response offices.

Above: woman bugler in the Air Force, 1953. From Creative Commons, attribution  3.0 unported