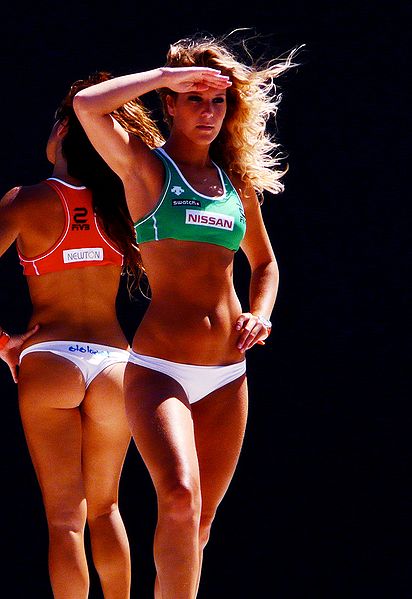 Model scouts strategically target towns in Southern Brazil to “find the right genetic cocktail of German and Italian ancestry, perhaps with some Russian or other Slavic blood thrown in,” explains Alexei Barrionuevo in a recent New York Times article, “Off Runway, Brazilian Beauty Goes Beyond Blonde. The fact that a European standard of beauty still dominates the modeling industry should come as no surprise. But why go to Brazil in search of models with European features instead of going directly to Europe? This racial preference is deeply connected to Brazil’s complex history of race relations.

In the early 20th century, Brazil embarked on a national project of embranquecimento–whitening. Influenced by European scientific racism, state officials wanted to “breed the [black] blood out” of the national population. To do so, they encouraged Europeans to settle and hopefully, intermarry with the descendants of enslaved Africans. Despite this attempt to “dilute” the black population, many have upheld Brazil as a “racial democracy” where harmonious race relations and intermixing reined supreme, and where racism is not an issue.

Ironically, while scouts search Southern Brazil for women of European descent to fit into their standard of beauty, European and North American men travel to the northeast of Brazil seeking sex with women of African descent who they imagine as hypersexual.

Walk to any newsstand in Salvador da Bahia and you will find dozens of postcards that use images of black women scantily clad in bikinis to “sell” the area to the rest of the world. This is nothing new. The figure of the mulata, or mixed-race woman of African descent, has long been represented in Brazilian popular culture as the epitome of sexiness. Exported abroad as early as the 1970s in Oswaldo Sargentelli’s world tour of samba shows featuring mulata women, now the term has become synonymous with “prostitute” for many European men who travel to Brazil for sex.

So, while women of African descent in Brazil may be considered “hot” or “sexy,” they are not considered “beautiful” enough to be models. In fact, as Barrionuevo states, “more than 70 percent” of Brazil’s models are from the “three southern states” that have had the heaviest influx of European immigration.

Barrionuevo may be critiquing this trend, but his solution hardly helps: He holds up Juliana Pães and Camila Pitanga as “darker-skinned actresses” who are “among Brazil’s sexiest” and should, presumably, catch the eye of international model scouts. Paes and Pitanga, however, are extremely fair-skinned, though not Euro-Brazilian like the models from the South who typically gain worldwide fame. And this distinction between beauty and sexiness, based on racial classification, is reminiscent of colonial legacies of white womanhood as the embodiment of purity and respectability, while black women were depicted as Mammies, Jezebels, or Sapphires.

Above: Brazilian models on a catwalk, from Creative Commons Attribution 2.0 Generic