Are Honor Killings in Canada a "Muslim" Issue? - Ms. Magazine
Skip to content 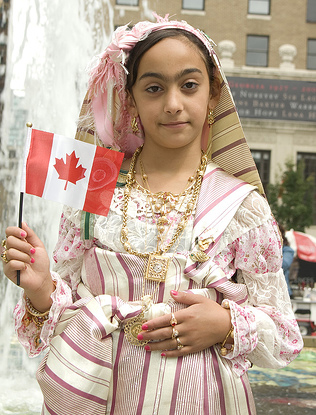 The killers of 16-year-old Aqsa Pervez were convicted last week. Mohammad Pervez and Waqas Ahmed, Aqsa’s father and brother, were sentenced to life in prison with no possibility of parole for 18 years by a jury in Ontario, Canada.

Aqsa was killed after being picked up by her brother from her school bus stop. DNA material belonging to her brother was found under her fingernails, and her father confessed to the murder.

According to accounts published in Canadian newspapers, Mohammad Pervez killed his daughter because she did not subscribe to his conservative values. She wanted to get a part-time job and did not want to have an arranged marriage. According to a statement made by Aqsa’s mother, Mohammad Pervez told her that he had killed his youngest child because “the community will say that you have not been able to control your daughter” and “this is my insult, she has made me naked”.

Days before Aqsa Pervez’s killers were sentenced, another Canadian Muslim girl, Bahar Ebrahimi, was stabbed by her mother when she went out with friends and did not return until the next morning. The mother, Johra Kaleki, has been charged with attempted murder, assault and possession of a weapon. Ebrahimi’s father called it a “tragic accident.” Kaleki is undergoing psychiatric evaluation to see if she’s mentally competent for trial. The couple’s other children, three younger daughters aged 10, 14 and 16, have been taken away from the family home and placed with youth services. In the meantime Bahar is in hospital, recovering from her wounds.

The sentencing of Aqsa Pervez’s father and brother and the stabbing of Bahar Ebrahimi in Quebec have instigated much debate in Canada over the nature of the crimes. As expected, conservative forces on the lookout for cases that can be used to further demonize immigrant and Muslim communities have given the tragedies a place in their Islamophobic narrative. Going beyond the expected, however, commentators have also raised questions about how and why crimes such as these should be treated differently from murders stemming from domestic violence.

As one commenter noted, Canada sees several hundred women victimized and even killed by their spouses every year. Another, a Muslim woman, noted that sensationalized treatment of these crimes and deflects attention from the far more prevalent, routine incidents of family violence that affect immigrant communities.

We need to put in perspective the construction of ‘honor killings’ as an issue particular to Muslim communities. Western Muslim scholars have repeatedly denounced honor killings as un-Islamic and a ‘cultural’ problem that does not relate to religious doctrine. While this is apt, few of these scholars are willing to address the issue of how mosque and community subcultures contribute to ideas of male entitlement and female submission. The religious sanction given to the male to be the head of the household, which is often underlined in mosque sermons in Canada, is one instance where constructs of an ideal Islamic family structure can promote the idea that women must be controlled.

In an abusive household, it is easy to see how faith can become entangled with a controlling ego and produces the disastrous consequences seen in the Aqsa Pervez case. While there is no sanction in Islam for killing an innocent girl, the existence of the complexities mentioned makes this form of violence different from routine incidents of domestic violence against Canadian women of all faiths and cultures.

It’s crucial to consider the connection between honor killings and the control of women and terror prosecutions and the demonization of Muslim men on the other. The post-9/11 generation of Muslim children growing up in the West is facing the construction of the Muslim identity in response to terrorist stereotypes.

For Muslim girls, this has meant an increasing push to be employed in the defense of their faith at the occasional expense of the overhaul of discriminatory gender treatment in their communities. A girl’s adopting the hijab as a visible sign of Muslim identity is lauded by her community as a rejection of Western values. On the flip side, girls such as Bahar Ebrahimi who do not wear the hijab or want to flout moral codes can become the subject of censure. Worse, they can be viewed as lesser Muslims compared to their veiled counterparts because of their failure to follow community norms.

On the same day as the sentencing of Aqsa Pervez’s killers, in a courtroom in the same Canadian town of Brampton, a jury was also sent off to deliberate the fate of Steven Chand and Asad Ansari both accused of planning terror plots as part of a terror cell known as the Toronto 18. The juxtaposition of terror and honor crimes will be a burden borne by the Canadian Muslim community for some time.

In both cases, Canadian Muslim leaders must realize that simply presenting doctrinal arguments that say Islam does not support terrorism or honor crimes is a limp argument. Unless moral codes that indirectly allow for the control of women or paint deviation from community norms as a rejection of Islam are addressed, it will be difficult to escape the monolithic portrayals that continue to demonize an entire community for the crimes of a few.

This is an excerpt of a story that originally appeared on Dawn.com.

ABOVE: A Libyan Muslim girl at the 2007 Canadian Islamic Culture Expo. Photo from Flickr user Shazron under Creative Commons 2.0.