You Win Some, You Lose Some - Ms. Magazine
Skip to content 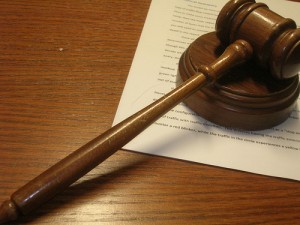 Two Supreme Court rulings were decided today, each by a 5:4 majority.

First, the bad news: The Chicago gun ban, in place since 1982, was overturned by McDonald v. Chicago. The Supreme Court found that the Second Amendment protects the right to bear arms for the purpose of self-defense.

Though there are pro-gun feminists, others note that firearms are the most common weapon used in intimate partner homicide and that the presence of a firearm increases fatality rates in abusive relationships. Esta Soler, president of The Family Violence Prevention Fund, had this to say about the decision:

Today’s ruling will likely result in more guns in the hands of more dangerous and abusive individuals in more states. It will result in more victims of abuse being injured and killed, and more of their children being victimized and traumatized.

In finding that ordinances such as Chicago’s gun ban are unconstitutional, the Court has effectively abridged the right and ability of states and localities–which better understand the dangers to their citizens–to regulate the sale and possession of handguns.

.. It is likely that the city of Chicago has appreciably lost its ability to keep lethal weapons out of hands of batterers.

And now the good news: The University of California Hastings College of Law’s non-discrimination policy was upheld in Christian Legal Society v. Martinez.  The Court ruled that the First Amendment rights of the Christian Legal Society, a student group, did not allow them to deny membership to LGBT and non-Christian students.

“The Court rejected the dangerous argument that anti-gay groups must be given a special exemption from non-discrimination policies,” said Christopher Stoll of the National Center for Lesbian Rights, which represented Outlaw, the campus LGBT group that challenged CLS’s exclusive membership.. The NCLR argued that admitting students with different viewpoints will lead to dialogues about difference–the freedoms of speech and assembly at their finest.

The Supreme Court seems to have the First Amendment under control. Now if only they could get a grip on the Second.