Stop Hitting on Me. - Ms. Magazine
Skip to content 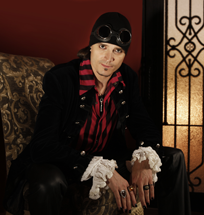 I’ve been unsure of how to approach this topic. But I think it must be said.

Someone somewhere came up with this phrase that goes something like, “When a man says no, that’s the end of the discussion. When a woman says no, it’ the beginning of a negotiation.” No, I do not want you to sit next to me. No, do not try to come up with a compromise. No, you cannot come in, we are closed. No, do not try to reason that you’ll only be a few minutes. Funny that when my male coworker tells you we’re closed, you leave immediately.

As women, we’re subliminally taught to be polite under duress. Because if we say no, or reject any sort of advance even if we do it kindly, we’re labeled a bitch. We don’t want you to join us when we’re eating alone? Bitch. We don’t want you to buy us a drink? Bitch. We don’t feel flattered when you catcall us on the street? Bitch. And the thing is, we have no way of knowing which one of you is going to snap and attack us. I’M NOT SAYING THAT ALL MEN ARE PREDATORS AND THAT AS WOMEN WE SHOULD ALL BE AFRAID. I’m just saying that a young woman walking down the street, simply by being female, is more likely to be harassed than a man. It’s not fair but it’s something we’ve come to accept.

But it’s not enough for some men. Sometimes we just want to go out with our girlfriends have a girls’ night out. We do not want you to come up to us, drunk out of your mind, and try to get us to invite you into our group. When I had a boyfriend, it didn’t matter, men still did what they wanted anyway, but now that I’m single it’s like men (not ALL MEN) feel they have the right to blatantly hit on me. Did I ask you to buy me a drink? Did I come up to you and interact with you? No. Did I try to be polite and say “no” without hurting your feelings? Yes. So now what am I supposed to do? Curse you out? Then what? Do I need to be worried that you’re going to be a total asshole?

When it comes to bars or parties I can understand a little more why you would come up to me. After all, you’re at a bar or a party to mingle. To meet people and have fun and so forth. But when I’m running errands? You really need to make your moves on me when I’m in sweatpants, with unwashed hair, and in a hurry to just get on with my day? Do you really think that I’m going to drop everything and ask you to go out? No. I don’t want your attention. I want my sandwich.

Now. Sometimes I love attention from men. But when it’s respectful and when I clearly indicate that I want it. Guys, here is how you tell if a girl is interested: if she makes direct eye contact with you, smiles, and asks you questions, then she probably wouldn’t mind getting to know you. (If you’re British and you’re in America, you’re pretty much given an automatic green light. This is a half-joke.) If she’s mumbling, looking down, closing off her space to you, and gives short answers, she wants you to leave. She’s just been conditioned to think that she can’t say, “Get the fuck away from me.” There are LOTS OF WOMEN, I KNOW, WHO CAN SAY THAT. And who have every right. But I’m just not one of them. I can’t. I have to to think of myself first. I can’t worry that you, strange man in a bar, is going to flip out when I reject you harshly.

I had a stalker once. It wasn’t pleasant.

Basically, here’s what I’m saying. I do not hate men. I just hate being hit on when I clearly do not want to be hit on. And I think men probably feel that way too. It’s just harder when you’re a woman sometimes. Maybe that’s something I’m not supposed to say.

My “no” is not a negotiation.

Amid the Russian Invasion, Ukraine Stands up for Gender Equality