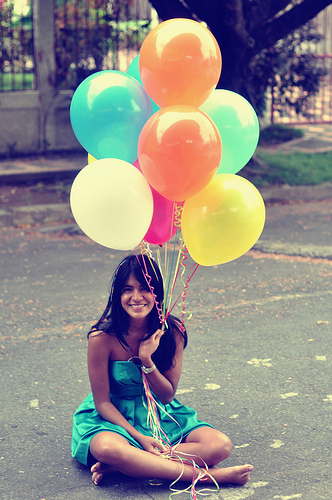 On Sunday, The New York Times Magazine cover story, “What Is It About 20-Somethings,” argued that society is in the thick of a changing timetable for the transition to adulthood.

To explain why young folks are stuck in a generational loop of the Peter Pan syndrome—unwilling or unable to grow up, get a job and move away from mommy and daddy—the article stated that the 20s shouldn’t be classified as adulthood anymore. The years are now being dubbed “emerging adulthood.”

The piece said that traditionally, the “transition to adulthood” is defined by sociologists as marked by five milestones: completing school, leaving home, becoming financially independent, marrying and having a child.

I read the last lines of this article as I looked out over a sprawling slum of houses made of rusted tin siding in Addis Ababa, Ethiopia’s largest city.

Here, according to the country’s most recent demographic survey, 66 percent of women and 43 percent of men have no education.

Only 2.3 percent of women complete secondary education and 69 percent are illiterate. A woman generally has her first child before age 19, and has an average of 5 children.

Obviously, here in this impoverished country and in most developing nations, the words helicopter and parent are never paired, and the so-called traditional milestones listed in the article have no meaning. But even in the United States the idea that the road to adulthood is marked by five outdated transitions is only the stuff of Mad Men.

To be fair, the article concedes that some believe that generations moving lockstep through a set of milestones is an anachronism and references individuals who are single or childless by choice, or unable to marry because they’re gay. However, that still doesn’t do justice to today’s realities—by far.

To people of color, and anyone stuck in a socio-economic sinkhole far under the radar of The New York Times, these universal milestones seem not just absurd by insulting. For one, many never make it past the first milestone: completing school. Nearly 40 percent of black and Latino students don’t graduate from high school, and less than half of black males.

Moreover, a very significant number of black women—42 percent have never been married—and many women of every race choose not to marry. And, of course, in just about every state, marriage isn’t an option for gay men and lesbians. As far as children, growing numbers of people skip that milestone and simply choose not to have them.

Most strikingly, financial independence is out of reach of a vast number of 20-somethings, not because they refuse to grow up: It’s the economy. Though the article says that the trend predates our current recession, it is clear that the economic downturn has largely fueled what’s happening among young people.

And lastly, the International Labor Organization reported earlier this month that, around the world, 81 million young people ages 15 to 24 were unemployed—the highest level in two decades of record-keeping by the group. The agency warned of a lost generation as more young people give up the search for work. Globally these numbers are highest for women. In the U.S., the Bureau of Labor Statistics reports that 37 percent of people ages 18 to 29 are either unemployed and seeking work or unemployed and have given up looking.

So even as The New York Times wrings its hands over upper-middle-class 20-somethings who, in lieu of finding a real job, getting married and having kids, are backpacking through Costa Rica, going to graduate school on their parents’ dime or blogging from the family basement, the universal us—the rest of the world—lives on.

Linda Villarosa is on assignment for Ms. magazine in Ethiopia.