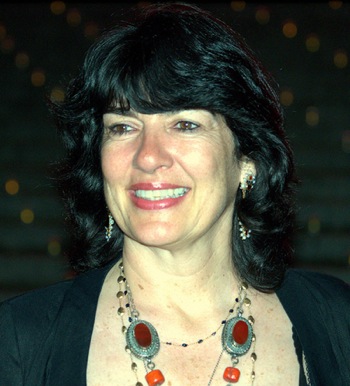 It’s about time feminist activism included lounging on the couch on Sunday morning, cup of coffee in hand, basking in the glow of a great woman TV journalist.

Welcome to the Women’s Media Center‘s “Watch In” for Christiane Amanpour on ABC’s The Week–a campaign to increase the ratings of one of television’s top news anchors. Tune in to ABC at 10 a.m. (EST) on Sunday to watch This Week and help show networks that they should add more women anchors rather than eliminate the few that already exist.

As the WMC notes, both women hosts and women guests are in scarce supply on television news shows. A study by the School of Public Affairs at American University found that only 13.5 percent of guests on Sunday morning shows are women. Unfortunately, Amanpour has seen low ratings since she became host on August 1, 2010, calling into question her future as the show’s host.

These low ratings are certainly not because she isn’t qualified. Just the opposite–Amanpour has won all the major broadcast journalism awards, most notably nine news and documentary Emmys, the Courage in Journalism Award and nine honorary degrees. She’s reported from nearly every global center of conflict and violence since 1990, including Iraq, Afghanistan, Iran, Pakistan, Somalia, Israel, the Palestinian territories, Rwanda, the Balkans and the U.S. during Hurricane Katrina.

Let’s show networks that women anchors contribute an important voice in the national conversation and that our viewership matters.