Whatever Happened to 1970s Lesbian-Feminism? - Ms. Magazine
Skip to content 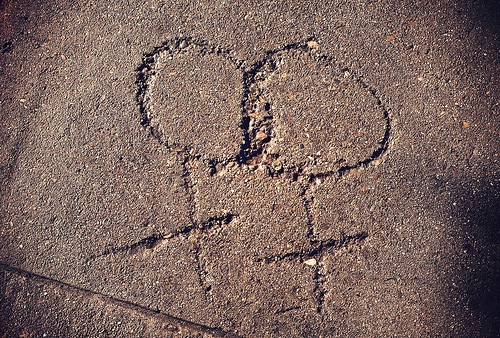 A montage of faces–“Women We Remember”–looking at turns impish, contented, self-assured and reflective appeared one after another on a screen. After the slideshow concluded, people in the standing-room-only audience shouted out names of other women they’d lost. As the chorus of voices died down, Sarah Chinn, director of the Center for Lesbian and Gay Studies at the CUNY Graduate Center in midtown Manhattan, exhorted the audience, “Hug the lesbian next to you!” And a sea of gray-haired women leaned over seats to embrace each other.

So began “In Amerika They Call Us Dykes: Lesbian Lives in the 1970s,” a conference to celebrate the lives and cultures of seventies lesbians, held recently at the CUNY Graduate Center. About 450 people–lesbian-feminists, dykes, women-identified women, transwomen and transmen, bisexual lesbians, genderqueers, sports dykes, therapy dykes and doubtless others–gathered to remember, recover and reconsider an oft-maligned, even-oftener neglected decade of lesbian activism and cultural production.

Seventies lesbian life was given its due in an event marked by such huge questions as, “What did we think we were doing?” “What of our imaginings have come to be?” and “What are our greatest disappointments?” A hunger for continued conversation–and the sense that this part of American history is too infrequently given a chance to speak for itself, on its own terms–marked the proceedings, with panels running long and rooms overflowing.

Panels covered seemingly everything: women’s communities on lesbian land, black and Jewish lesbian lives, lesbian mothers of the ’70s, women’s theatre, lesbian representation in Our Bodies, Ourselves, sex work, the Michigan Womyn’s Music Festival, lesbian spiritualities, aging and lesbian identities, lesbian periodicals, women’s bookstores, lesbian community, lesbian-feminism and the Third Wave, and much, much more. Many of the sessions focused on recovering lost history with an eye to the conscious creation of a living, growing archive; panels often featured a younger academic presenter paired with two or three women who were activists or cultural workers during the 1970s, with earnest and much-needed dialogue ensuing.

After Lin Daniels and Shoshana Rothaizer presented stories and photographs of the rural lesbian communities they’d participated in during the seventies, PhD candidate Katherine Schweighofer offered a critique of some of the animating tropes of lesbian land communities, including the twinning of reproductive womanhood with “Mother Earth,” and the stereotyping of who lived in, rather than moved to, the country. In the question-and-answer session that followed, other women who’d lived on lesbian land refuted her analysis, arguing that lesbians were in fact grappling with such representations of womanhood and inhabitants of rural lands while they were living on the land, and that these conversations became a part of their community life. This exchange–in which a student of the decade tested her theories about it against the testimony of those who lived through it–typified the conference, putting academics and their primary source material on relatively equal, if distinct, footing, and opening up a window on the process of the creation of a historical narrative.

As the women’s land panel wrapped up, Ann Cvetkovich, professor of women’s and gender studies at UT Austin, encouraged conference-goers to inhabit the voice of both critic and participant, remaining open to critique while understanding personal attachments to institutions and being aware of the audiences for whom the critique was being developed.

Two remarkable plenaries took up the animating questions of the conference with humor and verve. Sarah Schulman, Lisa Duggan, Joan Gibbs and Urvashi Vaid trained a wide-angle lens on the revolutionary goals of lesbian-feminism. Joan Gibbs, now general counsel at the Center for Law and Social Justice, noted that her biggest disappointment was nothing less than “that we failed to realize our fundamental goal: a world of peace and justice free of class, race, and sex.” For those who weren’t alive, alert or political in the 1970s lesbian-feminist scene, it was an opportunity to understand just how heady those days were, and just how expansive the lesbian-feminist imagination was.

As Vaid, a former head of the National Gay and Lesbian Task Force put it, “The seventies were not about gay liberation. They were about believing I could bring down capitalist patriarchy and bring about an egalitarian society.”

But panelists were pragmatic about challenges facing activists today. Charlotte Bunch, a founder of the Furies, now professor at Rutgers and a plenary speaker, said, “I don’t want my students to do what we did in the ’70s. We don’t live in the ’70s.” Lisa Duggan, professor of social and cultural analysis at NYU, acknowledged a contraction in the amount of space, physical and psychic, available for radical cultural imagining; she explained that “changes in larger economic structures … are undercutting the capacity of people to meet collectively and to develop imaginative politics.”

At times, longstanding debates–particularly about the legitimacy of trans identities and their place within lesbian-feminist space–flared up unproductively and painfully. After Sarah Schulman took a straw poll of how many plenary speakers were boycotting the Michigan Womyn’s Music Festival until its trans-exclusive policies are changed (none were, officially, though none made a regular practice of attending), a number of audience members spoke defensively about their need for “woman-only” space as they define it. But many older attendees demonstrated openness to learning about how younger people identify, organize and live their politics. Young attendees spoke repeatedly about appreciating what they had inherited from lesbian-feminist politics, culture, and ideals, while challenging older women to think anew about biological essentialism and determinism around concepts of gender.

At times panels offered a glimpse into an almost unimaginable past. As 29-year-old photographer of lesbian lands and the Michigan Festival Angela Jimenez commented, the conference was “filling in all these gaps in the mythology”–which, it turned out, wasn’t mythology after all. At one time, not so long ago, “open women’s land was really a phenomenon, where any woman could come,” as Shoshana Rothazier put it. One hundred and twenty-four feminist bookstores dotting the United States acted as gathering spaces for lesbian-feminist communities. Azalea, a journal for “Third World lesbians,” was published four times a year. And yet this moment was hardly one of singularity in any way–of vision, identity, politics, or community. Kristen Holgan, author of a dissertation on women’s bookstores, emphasized that nostalgia for “easy lesbian community”–before the pressures of fundraising, or splintering–was misplaced; women’s bookstores, for example, were under financial pressure from the beginning, and were sites where issues like race and class had always been grappled with. But these struggles and disagreements marked strengths, not compromises. Simply “having a space to contest [over issues of inclusion] is valuable,” she added.

In her plenary address, Duggan explained that the seventies were a decade of both consolidating and exploding lesbian identity, with political tactics to match. “In our analyses, we often try to say that this follows that, or this group did this not that,” Duggan said. “But really, in the 1970s, lesbians were doing every freaking thing.”

Cross-posted from The Bilerico Project.

Photo from Flickr user CarbonNYC under license by Creative Commons 2.0.

Emily Douglas is The Nation's web editor. She was Associate Editor at RH Reality Check from 2007-2009. She has been involved in feminist and pro-choice activism for many years, and her writing on reproductive rights and other issues has appeared in The American Prospect, The Nation, and RH Reality Check. She has also worked in direct service legal advocacy at Gay & Lesbian Advocates & Defenders in Boston. She graduated from Harvard University in 2004.

The ERA Has Been Ratified, Declares New Congressional Resolution
As Congress Convenes, Over 100 Women’s Groups Urge Lawmakers to Focus on Gender Equity
‘They Made History’: Ms. Magazine’s Fave Features of Strong Black Women Over the Years