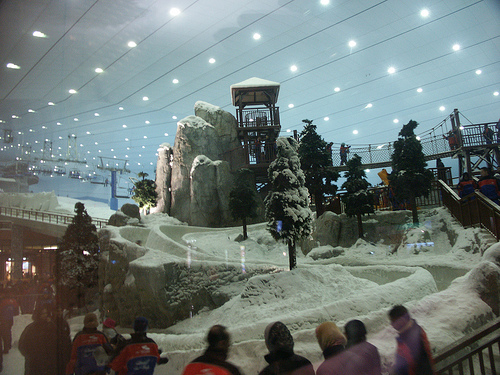 Seems like Emiratis have been working so hard over the past decade to make sure one main message gets across to the international community: We are modern, we have money, come build in our desert. Not enough water for you? We will import it in. Too hot for your liking? We will create 30 tons of snow per day (no joke) and maintain a wintry ski resort inside of a dome.

The United Arab Emirates (UAE) and the word “excess” have always gone hand in hand. But with the recent crash of Dubai, countless unfinished real estate ventures, overwhelming debt and a slew of bad press on migrant worker abuse, the Emirati states have gone into damage control overdrive to fix their broken image abroad.

So what made them think it would be a good idea to have their highest court legalize domestic violence?

The Federal Supreme Court of the UAE ruled this month that “a man can beat his wife and young children as long as the beating leaves no physical marks,” the Huffington Post reports. The decision was made after a case in which a man left cuts and bruises on his wife and daughter after beating them up. The court stated that Islamic codes allow a man to mete out “discipline” if no marks are left.

A few years ago a study [PDF] released by the United Nations on Arab Human Development stipulated that one of the reasons the Middle East lags behind so many other regions is because it systematically discriminates against 50 percent of its population: women. While many other Muslim countries, like Bangladesh, are moving towards more democratic societies that value women’s rights and want them to be equal contributors to their countries, the UAE seems to be stepping closer to the Stone Age.

You can make all the gold palaces and snow worlds that you want, but nothing lets the world and the international community know what you are really about, and what you really value, if you deny half your population their rights and make it legal for women and their children to be physically beaten.

Welcome to the United Arab Emirates, where it is okay to beat your wife and kids. Just be sure to not leave any marks.