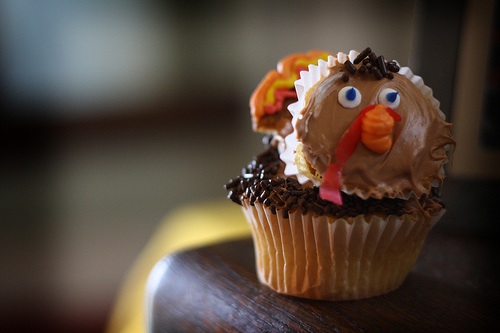 As we all know, this Thursday, November 25 is Thanksgiving. Instead of just gorging on food and engaging in drunken arguments with your family about politics, you can go out and volunteer. Winter holidays are a hard time of year to be homeless, and homeless women face special difficulties. Women veterans are twice as likely as male veterans to become homeless, many of them suffering untreated PTSD or depression. Plus, as we report in our our Fall issue, cash-strapped states have cut funding to domestic violence shelters, meaning that victims of domestic violence–and their children–are more likely than ever to wind up in the streets. And in several major cities along the Gulf, Katrina destroyed the only women’s shelter, leaving homeless women to find shelter where they can.

Putting in time at a local food bank, soup kitchen or homeless shelter for a couple of hours is a great way to spend your day and support these women. Or, if you don’t have the time to volunteer, donating food or money can help. Check out Feeding America for a local food bank near you or Volunteer Match for other types of volunteering opportunities.

Starting today, November 22 and ending Wednesday,  November 24 the Third International Conference on Women’s Safety will be held in New Delhi, India. This year the conference is focusing on “Building Inclusive Cities.” With panels on gender and essential services in low-income communities, engendering the city and “women on the move” in cities (a panel with the great Holly Kearl, author of Stop Street Harassment), we’re eager to hear that conversation that comes out of this conference.

On Tuesday, November 23 in Pittsburgh, PA, New Voices Pittsburgh: Women of Color for Reproductive Justice is leading a march to bring attention to Amy Lynn Gillespie, a woman who was put in jail for becoming pregnant (a supposed violation of her parole), then died there because she was allegedly denied life-saving medical treatment. A public forum will follow on on November 30. Read more about the march and New Voices Pittsburgh here.

Participants chose the dates in order to symbolically link violence against women and human rights and to emphasize that such violence is a violation of human rights.

The theme of this year’s campaign is “Structures of Violence: Defining the Intersections of Militarism and Violence Against Women.” Check out the calendar to see related 16 Days events near you.

The London Feminist Network will be holding their annual Reclaim the Night March on Saturday, November 27. The women’s only (and trans women, even though the website isn’t clear on this) march protests violence against women, rape, and societal tolerance of these crimes. The march will culminate in a huge rally and party, both of which are open to all.

Finally, do you need a movie to see on Thanksgiving? For a feminist discussion-provoker, look no further than Burlesque, starring Christina Aguilera and Cher(!!), which opens Wednesday, November 24. In the familiar-sounding premise, a small-town girl (Aguilera) goes to the big city to find herself–but first finds work at a burlesque club owned by a former dancer (Cher).

Burlesque is already a hot topic of debate among feminists. Some find it empowering; others, objectifying. It’ll be interesting to see if the film changes any feminist minds one way or the other. Personally, I’m on the fence–I think this movie could go either way on the Bechdel Test and on my own personal feminist litmus test. It could be a feminist portrait of Aguilera’s character making a career based on her talent and on her own terms, or just an insubstantial look at women in fishnets fighting over opportunities and men.

If you have any events this week, please post them in the comments. If you have upcoming events to feature, email me at kcadenas@msmagazine.com.