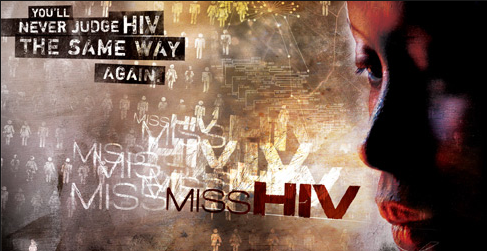 “History will look back on this period and say ‘one of the great abuses of the latter part of the 20th century was a failure to do AIDS prevention in ways we know are effective.” — Dr. Rand Stoneburner.

Today, the world paused to remind itself of the millions of people affected by AIDS. And what better time to watch the 2008 documentary Miss HIV, which asks the question, “Why are we losing the war against a preventable disease?”

The film is a thoroughly engaging viewing, one that provides an enormous amount of statistics in its hour of running time yet finds a narrative heart in a Botswana beauty pageant whose purpose is to destigmatize AIDS. Written and directed by Jim Hanon and narrated by Della Reese, Miss HIV views the pandemic from two perspectives: as it is seen and understood in Africa versus its representation in the Western world.

The stigma of AIDS–as described in the film by individuals with AIDS or those who have friends with AIDS–is seen as one of the main reasons that politicians and churches turn a blind eye to treatment of the disease. One woman described being entirely bed-bound, her friends coming by just to see “someone with AIDS,” and laughingly calling her “Bones” for her gaunt appearance even as she was coughing and feeling immensely ill. In order to survive the experience emotionally, she had to change the way she thought about AIDS, eventually turning around the societal stigma and declaring to herself, “Ah, I’m positive. I can live positively.”

Miss HIV speaks of the various ways in which AIDS can be prevented, specifically focusing on the ABC program (abstinence, be faithful, use a condom)—though it points out that this strategy may work in some parts of the world but not others. Melinda Gates explains that abstinence cannot work for girls who are forced to marry at a young age; being faithful cannot work for women whose partners are unfaithful; and a women cannot decide to use condoms on her own–her partner must be part of that decision.

It is thus not enough to expect condoms or abstinence alone to prevent and/or reduce the spread of infection. Technology must be continuously developed (a vaginal gel and a daily drug are among the methods being readied for application), and in order to rally support for HIV/AIDS prevention the disease must be destigmatized and treated as something any human might contract. As one woman featured in the Miss HIV beauty pageant notes, “Not being proud of having AIDS is not the same as being ashamed.”

UPDATE: the film can be purchased here.