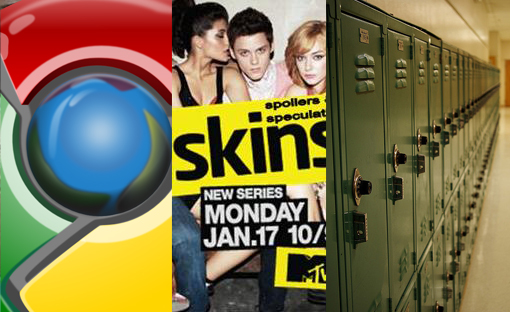 For us Ms. editors, by far the most rewarding part of the Ms. Blog has been reading the comments. Since we’re used to sending out a magazine into the void every three months and waiting with bated breath for letters to the editor, it’s been revelatory to hear back directly–instantly!–from Ms. readers.

To be sure, the Internet is full of trolls, and the occasional link from an anti-feminist blog will provoke a deluge of, “Women, go back to kitchen!” comments. So our moderators are always hard at work keeping this a safe and welcoming space for feminist dialogue.

And it seems to be working. We’ve been hugely rewarded by your comments. You keep our factcheckers on their toes, you argue, analyze and expand on our bloggers’ thinking–and you transform journalism from a one-way delivery to a conversation among knowledgeable, thoughtful peers.

We’re instituting a weekly comment round-up so that regular readers can see some of the amazing discussions going on, and so that our commenters can get the attention they deserve. “Yes, Comment!” will highlight some of the most intriguing, funny or powerful comments. You can keep the conversation going by adding your thoughts here or on the original post.

Many readers had something to say about our recent critique of Google’s Art Project. “Should Google be held accountable for the lack of women in art history?” seemed to be the most repeated argument here.

In response to Where are all the Women in Google’s Art Project, “A female artist” writes:

The user video Google posted to instruct people about how to use the project says that the MUSEUMS are the ones that selected the up-close-and-personal pieces of art. Your article makes it seem like Google is equally culpable in the lack of female artists’ representation. There tends to be a huge discrepancy in the ratio of male to female artists anywhere, let alone museums, but maybe we shouldn’t blame Google’s new cool toy for that? After all, it’s the only way THIS woman artist is going to be able to “go” to some of these museums…

I’m sure Google could stipulate equal representation if they wanted to, they are not powerless in this partnership. The fact that they don’t think it’s an issue speaks volumes. Btw, has anyone noted whether non-Western artists are represented?

Others had mixed feelings about our analysis of the U.S. adaptation of the MTV show Skins. Though a number of readers agreed that the show went too far, others felt like the show’s purpose was to not merely show the exploits of misogynistic teens, but to slowly unfold the consequences of said actions (perhaps in the way of AMC’s Mad Men).

In response to Sex, Sexism and “Skins”, sillyrabbittrix noted:

To those commenting that this show is a “realistic” look at teen life and how, when the show unfolds in upcoming episodes/seasons, it shows the consequences of such bad behavior:

If this show is canceled before those consequences can unfold, then what is the impression given to the audience? I fear more about the impression it may give to the male teen viewers: What is the take-away from this show for them, especially if only half a season or one season airs? I fear it may affirm their sexist, misogynistic behaviors. Additionally, while there are many reflective, deep thinking, introspective teens out there, what of those that are not? Will they really come to understand the message the show sends (of consequences for sexism/etc)? Or again, will the glamorization of these behaviors in this show simply affirm existing sexist attitudes?

I am also inclined to believe that individuals that are more reflective & deep thinking will tend to be less misogynistic than those who lack reflection and introspection. So it seems to me that we need to completely remove sexism from television and movies altogether, lest we risk misinterpretation– or perhaps lack of interpretation altogether–of the messages aimed for by these types of television shows.

Let’s hope this show redeems itself, and before it is canceled.

Some readers responded warmly to a post about being a teen feminist in schools that lack adequate education about women.

In response to How to Be a High School Feminist, lauren wrote

As a 50 year old woman I found this article very insightful. I too look around me and survey how many women are at the conferences in my profession (science) and the “whos who” in the business world in my local paper (San Jose/Silican Valley). I am sad to hear that they are still looking at the same authors for many decades ago…there are many non-white male authors that have something important to say to our youth. I pointed this out at one of our school meetings, with some examples, but I didn’t see any change the following year. Thank you for your practical advice and I agree. It is our obligation to bring a wider world to our children.

The piece also prompted an  exchange about what it means to be a feminist.

Definition of Feminism: The doctrine advocating social, political, and all other rights of women equal to those of men. Then by that definition I would say most secure, educated, worldly men are Feminists (Although they would deny it for lack of understand or fear of being emasculated). I would say I am a feminist by the strictest definition of the word.

Rob, I would respectfully submit that if a man denies being a feminist because he is afraid of being misunderstood or being emasculated, that he may not actually subscribe to a true belief that women should enjoy equal rights. My reason for posing this question is that I don’t entirely understand why women who are socially, politically and in all other rights equal to men is difficult to understand or threatening to masculinity. Perhaps men hesitate to identify themselves as feminist because of their own internalization of our social structure of gender discrimination.

Thoughts? As always, post them in the comments section below. You may just see them in next week’s round-up …