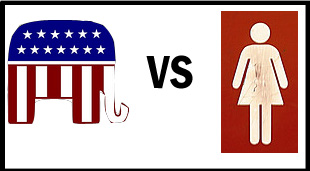 Feminists are outraged over House Republicans’ proposed 2011 budget, which would leave millions of low-income women without contraceptive access and their children without support for health care or good nutrition.

The plan zeroes out funding for the 40-year-old Title X family-planning program. That popular program, which has historically had strong bipartisan support, provides five million women with access to contraception and family-planning services each year through local clinics. Ironically, it achieves several cherished Republican goals–reducing teen pregnancy and abortions–while saving $4 for every $1 spent by saving on social services such as Medicaid payouts for pregnancy-related and newborn care.

But that’s not all the draconian budget-slashing ideas the Republicans have cooked up. They’re also calling for:

“House Republicans are revealing that their utter contempt for women’s programs and their lack of concern for children in these inhumane so-called budget cuts,” says Eleanor Smeal, president of the Feminist Majority and publisher of Ms. “Every dollar for family planning saves an estimated four dollars of unplanned governmental spending. If you are not going to spend money on family planning, on children’s education, adequate food and nutrition for poor and pregnant women, you will spend more money on health care and prison programs.”

Fortunately, there’s an alternative proposal: President Obama envisions something quite different for women in his 2012 budget, which would cut $1.1 trillion over 10 years but strengthen rather than defund women’s programs. His plan includes:

Obama’s plan bears further feminist analysis, and has already provoked progressive criticism for the cuts it does make to poverty programs, such as home-heating subsidies for poor households and grants for community organizers in poor neighborhoods. It also eliminates Pell grants for summer students and reduces a major Great Lakes cleanup project.

But Obama’s proposal would increase environmental, health, disease research, women’s and educational programs, in stark contrast to the GOP’s sweeping across-the-board cuts in all of those areas. Also on the Republican chopping block are high-speed rail, the FDA, AIDS prevention programs, local police and infrastructure projects.

What remains sacrosanct in the GOP plan are, no surprise, military spending and George W. Bush’s tax cuts for the rich. In fact, Republicans want to increase defense spending by $8.1 billion. Obama, in contrast, proposes $78 billion in defense cuts over the next five years.

The Feminist Majority Foundation (publisher of Ms.), Planned Parenthood Federation of American, NARAL, NOW and the National Coalition Against Domestic Violence (NCADV) are teaming up to fight the GOP plan to cut women’s programs. Even if it passes the House, it must get through the Democrat-controlled Senate, and Obama has veto power if it crosses his desk.

This proposal must be considered deadly serious: It is a real threat to social services and a horrifying glimpse at the priorities of the GOP House majority. Apparently, in their eyes, a budget is best balanced on the backs of women.