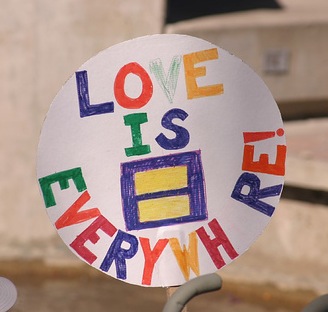 Sen. Dianne Feinstein (D-Calif.) has introduced a bill that would repeal the federal Defense of Marriage Act, which bans same-sex marriage. It would also give married gay couples the same federal benefits as straight couples.

Without marriage, children of gays and lesbians are not protected by the Family and Medical Leave Act, which gives parents precious job-protected time to care for a new child. These kids aren’t guaranteed child support should their parents separate, either. They may miss out on social security or inheritance if a parent dies. They may not even be allowed to visit a sick mom or dad in the hospital. Shouldn’t children of gay and lesbian couples be protected, too?

Some worry that kids with gay parents will be mocked. But don’t most kids undergo teasing? Kids are laughed at for all sorts of reasons: glasses, religion, height, weight, a crooked nose, poverty, an unusual name. I know of one African American boy who has two lesbian moms. But the first time he was taunted it was for being black, not for having lesbian parents.

A few years back a gay couple who were fostering special needs children wanted to adopt to create a real family. At the time, Florida forbade gay adoption. When the children were asked if they feared being mocked for having two dads, they said no, they just wanted to be a family.

But what about the kids’ social, emotional and intellectual health? Studies show that these children are indistinguishable from others. Some will be surprised to learn that there is no difference even in gender identity, gender role behavior, or sexual orientation.

Others worry that gay marriage will lead to higher rates of divorce. Really? I know several people who have gotten divorced because one spouse was gay, the other straight. The partnerships were unstable and the eventual breakups weren’t good for families. There are many reasons this can happen, but stigma and the illegality of gay marriage certainly factor in.

Meanwhile, gay suicide rates are four times those of their hetero peers. As gay marriage–and gayness itself–become less stigmatized, these young people will be less inclined to take their own lives. And parents will be less likely to lose their daughters and sons to these tragic deaths. And that’s good for families, too.