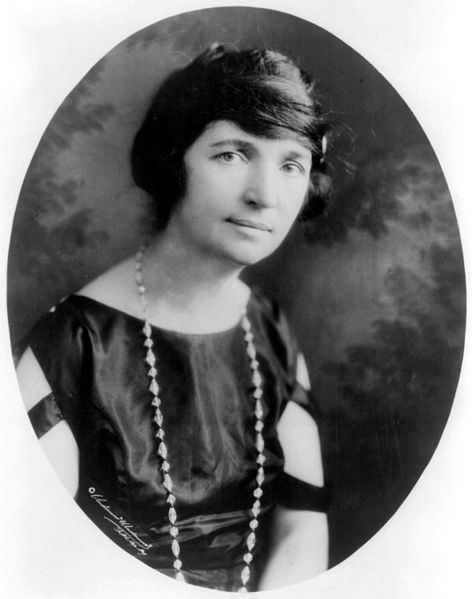 It’s hard to fathom today, but for most of recent history, and even into our own time, it was simply assumed that women had no need to acquire identities or rights of our own–except, of course, those enjoyed by virtue of our relationships with men.

This principle was central to defining American women’s claims on citizenship at the country’s founding. And it stuck around at the heart of the long and fierce opposition women encountered in seeking rights to inheritance and property, to suffrage, and most especially, to control over our own bodies through legal access to birth control and abortion — a right now ever precarious. For African American women, those fights for equality went on even longer. Even violence against women was for many years condoned under the principle of male “coverture” that defined women’s legal identities. If you can believe it, the U.S. Supreme Court in 1910 denied damages to a wife injured by violent beatings on the grounds that to do so would undermine “the peace of the household.”

To be sure, there were challenges to this prevailing point of view. Mary Wollstonecraft’s visionary 1792 tract, A Vindication of the Rights of Women, claimed on behalf of women the natural rights theories of the French Enlightenment that upheld the sovereignty of the individual. And in 1848, Elizabeth Cady Stanton enumerated a long list of injuries against women at Seneca Falls and launched a suffrage campaign that she did not live to see through to its agonized victory an astonishing 72 years later! Hats off as well to the one really good guy of this era who spoke up for women — the venerable John Stuart Mill, whose 1869 Essay on the Subjection of Women asked for the first time whether home and family are women’s only natural vocations, or whether in a world where formal employment was moving outside the home, wives must necessarily follow.

Still, deeply entrenched assumptions about gender roles were hard to overcome. Even when women finally won the vote in 1920, one of the most powerful arguments propelling them to victory was the claim that modern government, in assuming obligation for the education and socialization of children and for the general social welfare, had taken on traditional responsibilities of the household. For many Americans this became the compelling rationale for why women finally needed a voice in their own right.

That same year Margaret Sanger helped inaugurate a modern human rights conversation that moved beyond traditional civil and political claims of liberty on behalf of women to establish reproductive and sexual rights — realizing her claim that no woman can call herself free until she can decide whether and when she chooses to be a mother. Yet in order to gain widespread support for her cause, even a firebrand like Sanger wound up abandoning polarizing rhetoric about birth control in favor of a more sanitized, public relations-savvy sales pitch that put families ahead of women under the banner of Planned Parenthood, the organization that remains her global legacy. Nor can we forget that as Sanger lay dying in 1965, the Supreme Court argument that at long last provided constitutional protection to the use of contraception (and later abortion in 1973) focused on the protection of marital privacy. Scarcely a word was mentioned about women’s equal rights.

So, too, when Progressive-era reformers first sought to protect women workers, they argued that women had responsibilities to households and families and therefore needed a cap on their hours and a floor on their wages. With the best of intentions, the protectionist measures formulated under Muller v. Oregon essentially condoned sex discrimination in employment as the law of the land until the 1970s and 1980s, when Ruth Ginsburg and other then-young women’s rights lawyers cobbled together equal protection doctrines and opportunities for women ingeniously derived from Title VII of the 1964 Civil Rights Act, the act that had finally given African American women the legal equality they deserved.

We need to remember these developments. Public policy, we know, is largely path dependent. How we think and act today is often determined by a past we don’t fully understand. This is particularly true for women who have for so long been denied fair recognition as historical actors. History is to the body politic as memory is to the individual, as veteran historian Arthur Schlesinger, Jr. once observed. We need to keep our engagement with history lively, as we are bound to lose our way without it.

We need history to help us navigate our own troubled times. We especially need it now as we try to unravel the remnants of “coverture” that still constrain women’s civil status and as we do so in the face of an intensifying backlash against women’s equality.

The litany of injustices women still face in this country is by now familiar. On the one hand, nearly half of all American workers today are women, and more than a third of them are single heads of household. Their low earnings depress wages overall. On the other hand, in two-income households (though sadly a declining percentage of the total) female earnings are beginning to reach parity with men. In 1980, two thirds of families depended on only a male breadwinner and less than a third of married women with children worked. Today that number is exactly reversed. Yet the myth of traditional domestic arrangements as a norm still persists in our public policies.

Almost alone among Western democracies, the US provides little or no subsidized childcare and few maternity benefits to women. There is no federal legislation beyond a hard-won mandate for unpaid pregnancy and medical leave, which covers only workers in large organizations. Only a handful of states require paid family leave or flexible hours to cover personal obligations. School hours and educational calendars pay little attention to the absence of parents in most homes. Tax policy, wage scales, Social Security benefits, and health insurance formulas all still discriminate in multiple and often devious ways against working women.

To add insult to injury, the impulse to push women out of public roles and back to the private sphere now informs the radical misogyny at the core of the social policy agenda of one of the country’s two established political parties. However veiled by claims of fiscal responsibility, the reactionary goals of Republicans now serving in the U.S. Congress are transparently clear.

American women are better educated than ever before. Fewer marry, and those who do wait until they are much older than in generations past. The average size of families has decreased markedly. Labor force participation, as well as civic and political involvement by women, is up despite the many obstacles we still face in balancing obligations at home and at work. Women are driving small business formation and economic growth in this country. They are voting in greater numbers than men and often far more progressively, with significant gender gaps recorded in all but two elections since the 1980s (when anxieties about terrorism in 2002 and about unemployment in 2010 narrowed the divide).

What women in polling and focus groups continually say is that we need more of a helping hand from government — measures to enforce equal pay, improved benefits for education and health care, and more spending on the social sector. Instead, under the cover of scare tactics about fiscal doom, we get policy calls to end affirmative action policies and crush the public sector unions that provide secure jobs in traditional roles like nursing and teaching, and in non-traditional, better paying sectors as well. Women say we need more and better reproductive and maternal heath care. What we get instead are bills to eliminate birth control subsidies for the poor, defund Planned Parenthood, recriminalize abortion, and convey rights to fetuses that are then denied to children once they are born.

True enough, the GOP is not telling American women we should no longer vote, or go to college, or own property, or hold a job. But the Republican platform quite clearly opposes the core public policies and legal remedies that have secured us these rights through two centuries of struggle. If given their way, the forces of reaction in our country today would restore a patriarchal order that has taken 200 years to overturn.

The message is clear. The stakes are high. Women’s basic claims as citizens in our own right are again at risk. Either we speak up more passionately and reclaim our own historical agency by overturning these injustices, or we condemn our daughters to refight the very battles we once had every reason to think we had won.

Ellen Chesler, Ph.D., is a writer and women’s rights activist. She is a senior fellow at the Roosevelt Institute and a visiting fellow at the Ralph Bunche Institute for International Studies at the City University of New York.