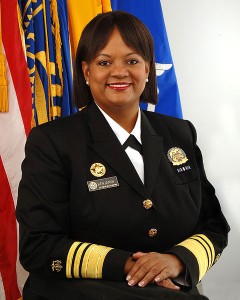 March 26, 1878: A large audience was in attendance tonight in New York’s Union League lecture room for a meeting called by the Association for the Advancement of the Medical Education of Women. This new organization would like to increase the quality of education women physicians in the U.S. receive.

As of the last census in 1870, there were only 720 women physicians in the U.S., though by now they probably number 1,000 or more. According to one speaker, former Rep. Robert B. Roosevelt, one of the reasons that women physicians are discriminated against by the public is that it is thought that they do not have the same degree of education as male physicians. But Roosevelt believes that most of women’s ill-health in the U.S. can be blamed on a lack of women physicians, with whom women might feel more comfortable and thus be more open and honest about their ailments.

The next speaker was Dr. Emily Blackwell, who reviewed the history of women physicians in the U.S. Her sister, Dr. Elizabeth Blackwell, got her training at New York’s Geneva Medical College, becoming the first woman to earn a medical degree in the U.S., in 1849. In 1853, after Elizabeth applied for a position at a dispensary and was refused, she established a small, 12-bed women’s hospital, now known as the New York Infirmary. By this time there were two or three small medical colleges for women, but no facilities for clinical training, and her infirmary filled this need.

The College of the New York Infirmary was opened in 1865 and graduated its first physicians in 1870. Though some wonder whether women who graduate from college will use the learning they’ve acquired, a look at the history of those first graduates should dispel any doubt. Of the 46 graduates, most are still in the profession. Six are wives of physicians and in practice with their husbands; four are in practice with their fathers; five are missionaries, one of whom has established a hospital for women in Eastern Asia ; seven are now studying at universities in Europe ; two have passed examinations for hospital appointment, and one is a member of Mount Sinai’s medical staff.

According to speaker Dorman P. Eaton, the new society to advance the medical education of women is not the first such organization. There was one formed in Boston in 1848 and another in Philadelphia in 1850. But this one should have much greater success, because times have changed and there is greater acceptance of women in medicine now. Women have been admitted to many prestigious medical schools in Europe, and the battle for acceptance in New York is virtually over, says Eaton. But there’s still a long way to go in other parts of the country, and so those who believe in equality for women–in medicine and elsewhere–must continue to work toward that goal until it is achieved.