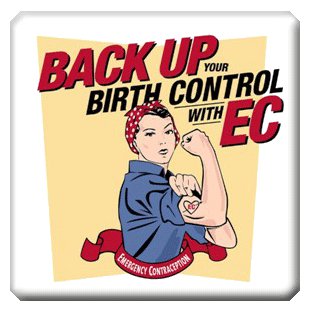 For one thing, this week is the Feminist Majority Foundation’s National Week of Action to Expose Fake Clinics. Crisis pregnancy centers (CPCs) pose as comprehensive women’s health clinics, but instead are typically run by religious organizations intent on dissuading women from exercising their legal right to abortions. To raise awareness of CPCs, plan an event on your campus to expose these fake clinics! Check out the FMF’s action kit or their blog for event ideas.

Riverside, Calif.: Join Feminists Unite and Planned Parenthood at the I stand with Planned Parenthood Rally & Acoustic Show to protest the defunding of reproductive health care. Show everyone that health care is a right–bring your signs and instruments! April 2, 1 p.m. @ Back to the Grind, 3575 University Ave.

Philadelphia: Celebrate the close of Women’s History Month with a rally, tours of “The Unfinished Business of Women’s Equality” exhibition and a signing of the Declaration of Equality, plus learn about opportunities to be a part of the Campaign for Equality. March 30, 11 a.m. @ National Constitution Center, 525 Arch Street

Happy end of Women’s History Month! I hope you found fun ways to celebrate; I know I did.

If you know of any other feminist events this week, post them in the comments. If you have an upcoming event to feature, email me at dgrossmanheinze@msmagazine.com.

Image via Back up Your Birth Control

Midterms and ‘Mid-Cycle Spotting’: Getting Real About Women’s Health
December 2022 Reads for the Rest of Us
Foster Care Reimagined: How Two Sisters Are Changing the Lives of L.A. Youth