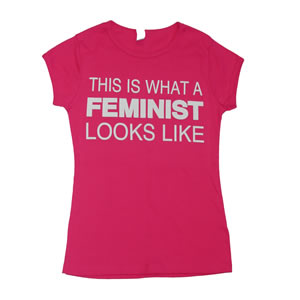 To borrow from Twelfth Night: Some are born feminists, some achieve feminism, and some have feminism thrust upon them. Those in the first category received Ms. rolled up in their Christmas stockings and started advocating for gender equality in the playground. My reluctant transition into feminism, however, puts me squarely in the second category.

I developed an initial distaste for feminism from a college English-class encounter with a feminist critique of Kate Chopin’s The Awakening, which led me to conclude, erroneously, that feminists were a bunch of misguided post-Freudians. In retrospect, I don’t remember what about the article specifically turned me off. Reading it years later, I suspect that I had done to Elaine Showalter’s analysis what I had accused her of doing to Chopin’s novel: imposed meaning. Instead of evaluating the merits of the article, I’d allowed my professor’s outspoken opposition to feminist theory, reinforced by my fellow students’ equally negative views of feminism, to inform my own perceptions.

Being a contrarian, I signed up for a gender-studies class during my masters program, determined to learn more about feminist beliefs in order to more convincingly refute them. I entered the class expecting to find a professor and a roomful of students who disparaged men’s rights for the sake of women’s, who were angry, ideological—you know the stereotype. Instead, I found colleagues whose beliefs in gender equality, in a fluid and inclusive take on sexual identity, and in women’s right to control their bodies matched my own.

I did not have a single Click! moment in which I realized that I was a feminist, but rather a series of clicks catalyzed by the course readings. Lillian Robinson’s article “Treason Our Text” made me question women’s historical invisibility; Susan Stanford Friedman’s Mappings awoke me to the importance of geopolitical context in feminist studies; and Judith Butler’s foundational text, Gender Trouble, challenged me to think of identity as culturally constructed and socially performed. From the diversity of the writers and opinions, I appreciated feminism’s dimensions and manifestations across many years and geographic boundaries.

Perhaps I had never really rejected feminism. My hiatus was not a result of my disagreement with feminism’s basic tenets but an issue of self-identification, a reluctance to view myself as a member of a movement that my peers, professors, and conservative Southern upbringing had taught me was outmoded, humorless and self-righteous. Maybe I wasn’t born a feminist but now, as a staff member at the Feminist Majority Foundation, I proudly don my “This is what a feminist looks like” shirt—happy to have achieved feminism.