All the Things I Learned During Women's History Month - Ms. Magazine
Skip to content 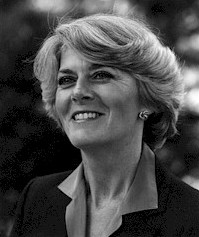 I’ll be a senior in college when I return to school in September, and no insult to my university, but I learned more about women’s history in one month on the Ms. Blog than I have in the last three years. It may have been the personal narratives that helped me absorb so much material, or the focused effort to bring women who have been otherwise erased from popular history to the fore–but whatever it was, it inspired me.

First, I learned about 10 of the women’s movement’s recent victories. A couple of favorites: The European Court of Human Rights ruled unanimously against the Irish ban on abortion, and Nigerian women defeated an attempt to ban public “nudity,” which, for women, was defined as “any [exposed] part of the body from two inches below the shoulders downwards to the knee of the female above the age of 14 years.”

I learned about the Triangle Shirtwaist Factory fire that killed 146 people, mostly women; did you know the 100th anniversary was March 25th? I do now, thanks to stories about the women who turned the tragedy into a vehicle for changing labor laws. Due in part to their activism, we can now recognize the specific problems facing women in modern sweatshops and understand that the Wisconsin attack on unions is really an attack on women.

I learned about brave and talented women of color who are too often erased from popular narratives of “Women’s History.” The Ms. Blog highlighted the work of Zitkala-Sa, a powerful lobbyist for the Indian Citizenship Act of 1924 and the only Native American to ever author an opera. We also featured Mexican women’s rights activist Comandanta Ramona and activist and poet Claribel Alegria, two Latina women who inspired change. And don’t get me started on the lesbian nun, poet and scholar Sor Juana Ines de la Cruz–I’m obsessed.

I read about several American feminists we know and love–such as the ground-breaking vice presidential candidate Geraldine Ferraro and Ms. founder Gloria Steinem–but did you know about Harriet Edith Van Horn, who not only helped found the Coalition of Labor Union Women, the National Women’s Political Caucus and NOW, but was also accused of being a communist and subpoenaed before the House Un-American Activities Committee, which caused a riot in the factory where she worked? I didn’t.

Thanks to two Ms. Blog posts examining the great female characters of the Purim story, the next time I see my rabbi I’ll be able to ask her about applying a feminist lens to the ancient tales.

I can dine out on my knowledge of the fascinating history of the word “wench” and nothing will perk up a boring coffee date like a discussion of how women became citizens.

Thanks to a great series–“Live-blogging Women’s History“–by Ms. historian Dave Dismore, I’ve learned about laws that banned women (but not men) from smoking in public places and about how the fierce Eleanor Roosevelt insisted that President Kennedy appoint more women to his cabinet. I learned about Doria Shafik, the founder and president of Daughters of the Nile Party, who fasted to protest women’s exclusion from Egyptian constitutional amendments. Plus, I got a chance to read about my favorite pilot, Amelia Earhart.

And, in very recent history, the Ms. Blog was born exactly one year ago March 8th, International Women’s Day.

March has been an educational 31 days, but learning about women’s history doesn’t have to stop here. Twitter is overflowing with women’s history factoids (just check the hashtag #wmnhist) and here at the Ms. Blog, we’ll keep posting smart and insightful looks back on women’s achievements. Get excited–April has tons to keep us occupied, like the National Day of Silence, the second anniversary of marriage equality in Iowa, and our continuing coverage of the GOP’s war on women.