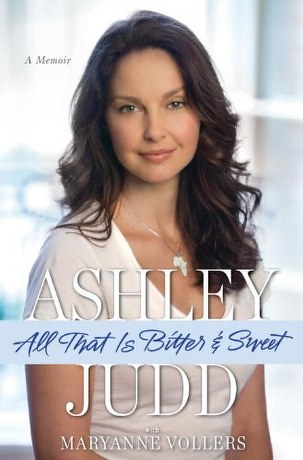 Ashley Judd told her truth. Last week, two paragraphs from her new memoir All That is Bitter and Sweet caused a firestorm on the Internet. The most incendiary read,

As far as I’m concerned, most rap and hip-hop music–with its rape culture and insanely abusive lyrics and depictions of girls and women as ‘ho’s’–is the contemporary soundtrack of misogyny.

Some male hip-hop scholars supported Judd, seizing the opportunity to speak out against the rape culture that some rap and hip hop contributes to but did not create (note the important caveats missing in Judd’s original commentary).

Wow. Those individuals told their truths. And here we all are facing the ugly fact once again that each of our personal truths is intrinsically linked to our privilege.

In Judd’s apology on Global Grind, she offers heartfelt amends for “not having been able to see the fault in my writing” and assuming people would know she “was only talking about gender.” She admits that bell hooks and Gloria Steinem would have admonished her for writing about gender outside of race and class. She says she had no idea that there is a difference between rap and hip hop.

I am appalled (but not surprised) that neither Judd nor anyone who gave her feedback on her book thought her comments might be offensive. A white woman writing from a position of privilege has the luxury not to think about an audience of a different color and class than her immediate peers.

Judd’s defenders argue that, privilege aside, Judd has a point. Of course she does. As the Crunk Feminist Collective points out, women of color have been critiquing rap’s most virulent and offensive lyrics for years. Judd and defenders who hail her as black women’s ally speak from a privileged position that lets them ignore the black and Latina hip hop feminists who regularly deliberate about misogyny in hip hop lyrics.

One male Judd supporter “takes this opportunity” to urge fathers to protect their daughters. Here’s yet another example of privilege at work: Yes, parents are supposed to safeguard their children, but fathers who care about a rape culture only when their daughters come of age are missing the point. Verbal, emotional and physical acts of violence against girls and women are more than a personal issue; they are part of a public rape culture resulting from patriarchy. Girls, boys, women and men are victims of this rape culture whether you know them or not. Shame on all of us if we aren’t trying to resist it every day.

Judd’s most virulent detractors prove the point that hatred against girls and women is very real (and alive and well outside of rap and hip-hop). There is absolutely nothing in her statements that would ever, under any circumstance, warrant any suggestion of harm. Male privilege drives the belief that it is acceptable to disagree with a woman by advocating physical and sexual aggression against her.

Righteous indignation encourages all of us to say what we want, however we want, without considering the impact on others. Ashley Judd is just as guilty as of exercising this privilege as the rap artists she indicts and the people who commented on her quotes.

The world needs fewer declarations from our positions of privilege and more participation in the lives of people who are unlike us. Without all of us fighting in the trenches to resist patriarchy, misogyny and rape culture, they will thrive. The bittersweet truth of the matter is, this is the world we live in. But if we work together, we can change it.