From Sociological Images: Reader Tara C. sent in a great excuse to revive an old post featuring public resistance to marketing that sexually objectifies women. As I wrote back then, this resistance shows that:

Adding commentary to the ubiquitous images that surround us [can help] us to notice, even if just temporarily, that our environment is toxic to our ability to think of all people as full and complete humans.

Commentary on a Special K. ad in Dublin, sent in by Tara C. (via Broadsheet): 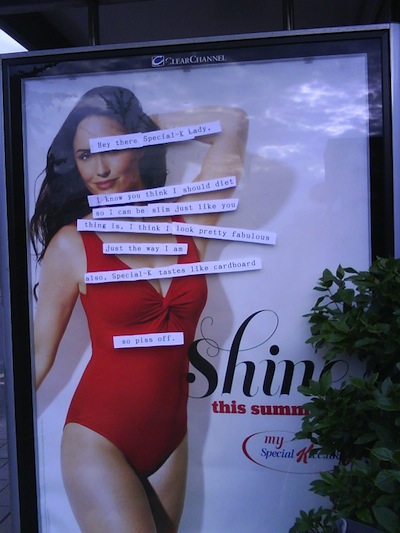 I know you think I should diet

thing is, I think I look pretty fabulous

Just the way I am

Toban B. sent us a set of photographs. These were snapped in Seattle, Washington by Jonathan McIntosh: 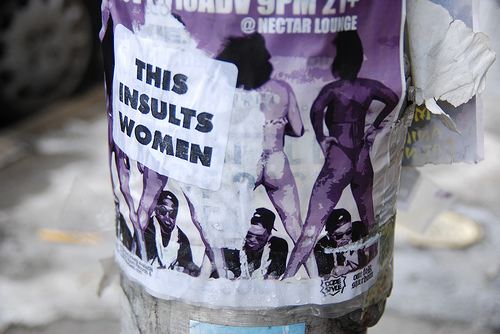 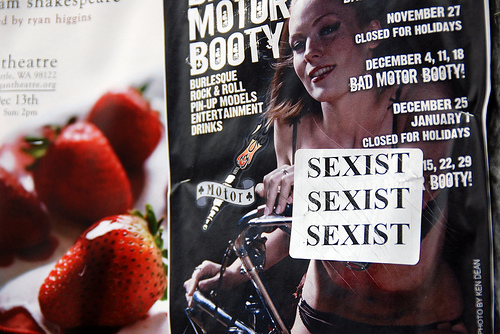 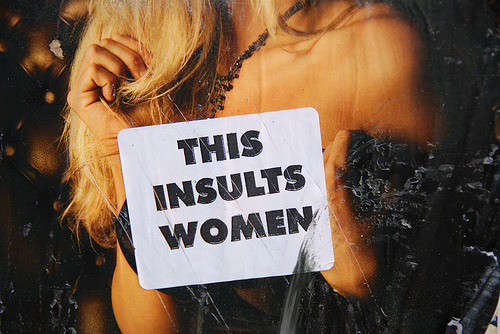 This one was written on by a teenage girl in Rotterdam, the Netherlands. It reads: “I’m sick of sexually tinted images.” 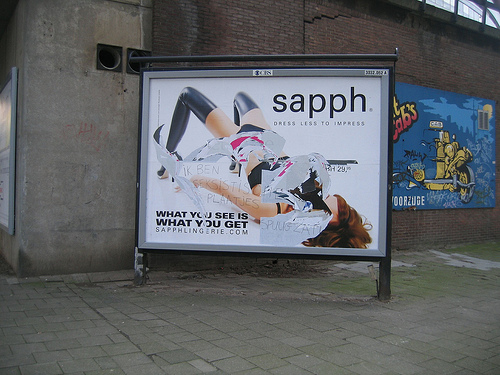 Tricia V. sent us an example of this kind of resistance in Haiti. The billboard below is in for a brand of beer called Prestige. Tricia writes: “The writing [along the bottom of] the billboard says “Ko O+ pa machandiz” which translates as ‘Women’s bodies are not merchandise.’” She was impressed at the effort exerted to climb up and write across a full-sized billboard. 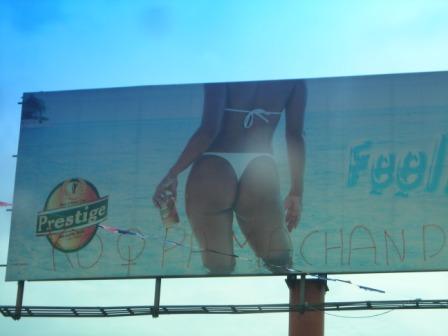 Ang B. snapped this photo in Madison, Wisconsin: 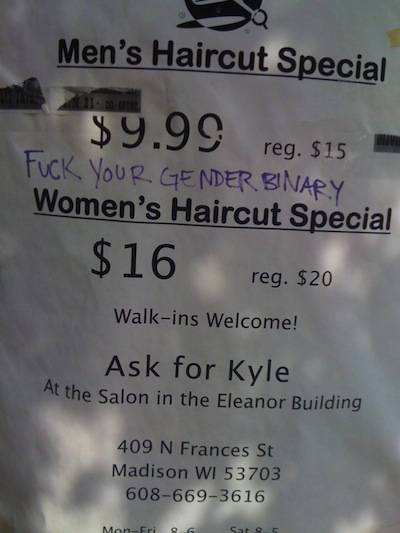 For an example of backlash to public anti-sexist messages, see this post on defending privilege (trigger warning).

Pictures from here, here, and here.

The History Behind International Transgender Day of Visibility

Sex Sells—But Why? and How? Author Maria San Filippo on Sexual Provocation in Film and TV
Financial Education Won’t Fix Poverty. We Need Structural Change.
How the Biden-Harris Administration Can Boost the #MeTooK12 Campaign to End Sexual Harassment In Schools