The Terrible, Awful Sweetness of The Help - Ms. Magazine
Skip to content 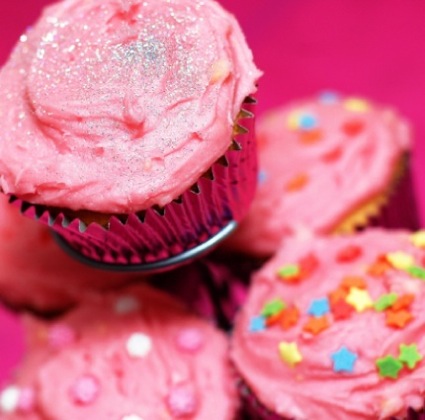 If Kathryn Stockett’s novel The Help was an angel food cake study of racism and segregation in the 60’s South, the new movie adaptation is even fluffier. Like a dollop of whip cream skimmed off a multi-layered cake, the film only grazes the surface of the intersecting oppressions of race, class, gender and geohistory.

Let me admit that I was, in contrast to Ms. blogger Jennifer Williams, looking forward to the film adaptation of The Help, especially as I initially enjoyed the book. However, in hindsight, I realize my initial reaction to the book was naïve (and possibly compromised by a Christmas-chocolate-induced haze).

I maintain the novel is a good read. But its shortcomings–its nostalgia, its failure to really grapple with structural inequality, its privileging of the white narrator’s voice and its reliance on stock characters–are heightened rather than diminished in the film.

While the civil rights movement was a mere “backdrop” in the book, in the film it is even less so: a photo here, a news clip there, as if protagonist Skeeter, with her intrepid reporting, discovers that wow, racism exists–and it’s ugly! And even with these occasional hints that the nation was sitting on top of a racist powder keg, overall, civil rights are miscast as an individual rather than a collective struggle. To judge by The Help, overcoming inequality requires pluck (Skeeter), sass (Minnie) or quiet determination (Aibileen), not social movements.

Also gone is the book’s suggestion that male privilege works to disempower and disenfranchise women in the same way white privilege works to disempower and disenfranchise people of color. While admittedly the novel problematically framed black males as more “brutish” than whites, at least it nodded towards the ways in which hierarchies of race, sex and class intersect and enable each other. The relatively powerful white wives are “lorded over” by their husbands (or, in Skeeter’s case, her potential husband), then turn around and tyrannize their black maids in much the same fashion. The movie, in contrast, puts an even happier face on men/women relations than on black/white ones.

Simultaneously, it frames Skeeter, Minnie and Aibileen as a trinity of feminist heroes, but rewards only Skeeter with the feminist prize at film’s end–an editing job in New York. In the meantime, Aibileen has lost her job but walks the road home determinedly, vowing she will become a writer, while Minnie sits down to a feast prepared by Celia Foote, her white boss.

The audience is thus given a triple happy ending. The first, Skeeter’s, suggests it only takes determination to succeed–white privilege has nothing to do with it! The second, Aibileen’s, implies that earning a living as a writer was feasible for a black maid in the Jim Crow South. The third, Minnie’s, insinuates not only that friendship eventually blossomed between white women bosses and their black maids, but also that such friendship was enough to ameliorate the horrors of racism.

Thus, if the book was “pop lit with some racial lessons thrown in for fiber” as Erin Aubry Kaplan’s described it, the film has even less bulk. Instead, it’s a high-fructose concoction as sweet as Minnie’s pies. And like Minnie’s “terrible awful” pie, with which she infamously tricks the villainous Hilly into eating shit, the film encourages audiences to swallow down a sweet story and ignore the shitty Hollywood cliches–as well as the shitty reality that racism can’t be “helped” by stories alone.

The perfect summer escape for viewers who embrace the fantasy of a postracial America, [where] filmgoers can tuck the history of race and class inequality safely in the past, even as the recession deepens already profound racial gaps in wealth and employment.

To put it another way, viewers can tuck into this terrible awful slice of the past, forgetting how the ingredients that shaped pre-Civil Rights America have a seemingly endless shelf life and, even more pertinent, still constitute a mainstay of our diet.

Further Reading: For an in-depth analysis of the film in its historical context, check out An Open Statement to the Fans of The Help by the Association of Black Women Historians.