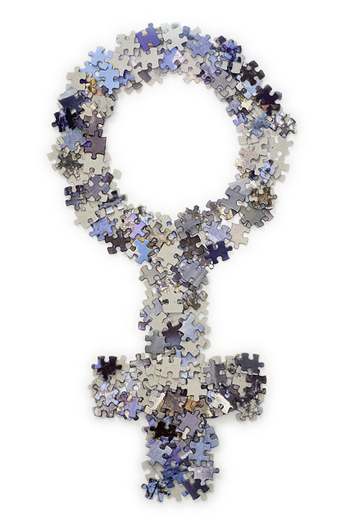 Over the past few days, dozens of leading feminists from all walks of life have shared personal stories, compelling essays, policy solutions and calls to action in an effort to mobilize women voters in 2012. So many have raised their voices that even if you have been following the HERvotes blog carnival, there are probably several great pieces you missed. Not to worry–we have picked out a few of our favorites for your enjoyment!

MomsRising founder Kristin Rowe-Finkbeiner wonders how to talk to her daughter about Women’s Equality Day at a time when women are struggling against so much inequality:

Find out what she decides to say.

On the race-baiting anti-abortion billboards that have gone up across the country just as legislators are slicing Planned Parenthood funding, Denene Millner of MyBrownBaby writes:

Because, you know, that’s what we need: A bunch of conservatives legislating and passing judgment on OUR black wombs, even as they go out of their way to dismantle programs designed to HELP our brown babies.

So it seems that even a Fox News host can be sensible when personally faced with the implications of government policy.

On the value of women’s work and the limits of capitalism, feminist blogger blue milk writes:

If we’re interested in material living standards, and we very much are, then we should count caring work. Why? Because it is work, because someone is providing it, and because providing this work has costs.

Sara Finger of the Wisconsin Alliance for Women’s Health issues a clarion call to spread the word about the new HHS guidelines that require insurance companies to completely cover women’s preventive health care such as birth control:

I’m asking you, the men and women out there, to follow my lead and pass the word along to the women in your life. Tell them how much you love them, how important it is that they take advantage of preventive care services and how they can now get those services without financial barriers.

Despite the challenges we face, the Ms. Foundation found reason to be hopeful, writing:

So while the rights and well-being of women and families are under attack in Washington and statehouses nationwide, let’s not forget that strong women are holding the line. Against all odds, women are igniting change, standing up for the values of equity and inclusion, and the urgent needs of the most marginalized. The more we can share their stories of strength and power, hope and inspiration, the better equipped we will all be to defend our rights in the years to come.

Winning the vote was a victory for women … but the victory celebration was delayed for many women of color who lived in states where voter suppression was in full effect. My Grandmother, who was born in Mississippi a few years before 1920, didn’t have the protected vote … and a right in name only is not a right.

Today, many women face a world where access is barred to all manner of things … fair housing, decent education, safe and healthy living conditions, safe and affordable healthcare, healthcare providers and so on and so forth.

The movement for equality and justice is my inheritance … earned through the blood, sweat, and tears of millions who risked it all and suffered mightily.

This Women’s Equality Day I’m thinking of how I honor that sacrifice.

The HERvotes campaign is an ongoing initiative. Join in to raise women’s collective voices against attacks on our health and economic rights and to harness the power of our votes all the way into 2012. You can see all the HERvotes blog carnival posts here. Share them with your networks to remind the women you care about to vote as if their lives depend on it. And follow the #HERvotes hashtag on Twitter to see what others are saying and join the conversation!