Don't Ms.: Guerrilla Girls, SlutWalk Cocktail Party, The Women of 9/11 and So Much More! - Ms. Magazine
Skip to content 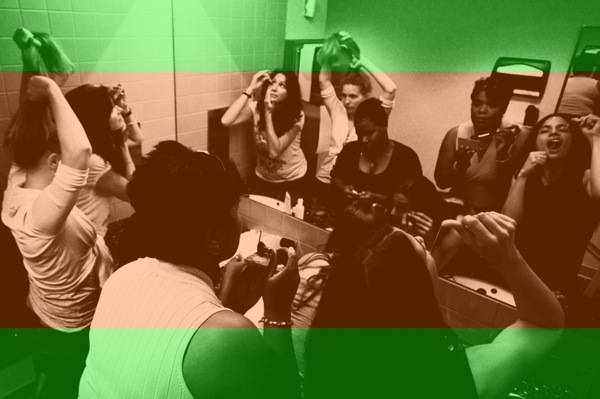 This week, amidst a whirlwind of parties, performances and screenings, we also take a few sober moments to reflect on the legacy of 9/11. Know of more feminist events happening this week? Add them to the comments!

Everywhere: Ten years after 9/11 changed the lives of Muslim Americans, pick up the new essay collection I Speak for Myself: American Women on Being Muslim. Forty Muslim American women describe diverse experiences, but there’s one recurring theme: the need for better political representation.

Feminists can also commemorate 9/11 by watching Soledad O’Brien’s new documentary Beyond Bravery: The Women of 9/11. The film showcases the often-overlooked women rescue workers who rushed to the Twin Towers as they fell. Airs on CNN Monday, Sept. 5 at 11 pm and on Sunday, Sept. 11 at 9 pm.

Chicago: In honor of Jane Addams‘ birthday (September 6), catch an interactive session with the Guerrilla Girls at the University of Illinois at Chicago in partnership with the Jane Addams Hull House. Wearing gorilla masks and assuming the names of dead women artists, the Guerrilla Girls use facts, humor and outrageous visuals to expose sexism, racism and corruption in politics, art, film and pop culture. Catch the free event Tuesday, Sept. 6, 6:30 – 8 p.m., University of Illinois at Chicago, Illinois Room in the Student Center East, 750 S. Halsted Street, Chicago, IL.

New York: Support SlutWalk NYC and party at the same time! Join 21+ organizers, advocates and activists for a SlutWalk NYC Cocktail Party and treat yourself to a frosty “Consensual Sex on the Beach.” A dollar of each draft beer purchase and $2 from each mixed-drink will go to benefit to SlutWalk NYC. Tuesday, Sept. 6, 8 p.m., Lolita Bar, 266 Broome Street, New York, NY.

Cambridge, Mass.: To mark the 10th anniversary of 9/11, MIT is hosting a one-day symposium on war, feminist activism and visual culture. Speakers Marianne Hirsch and Andrea Geyer ask: How can art and feminism intervene in what some argue has become a permanent state of war? September 9, 3-8 p.m., Building W20-491, MIT campus.

Houston: The Houston Feminist Movement will screen documentary short The Line, in which a woman confronts her assaulter after a one-night stand goes wrong. A conversation about feminist responses to rape culture will follow the film. Saturday, Sept. 10, 7 p.m., Té House of Tea, 1927 Fairview St., Houston, TX.

And if you happen to be down under:

Promotional photo for The Dressing Room.