Future of Feminism: The Pen is Mightier Than the Sword - Ms. Magazine
Skip to content 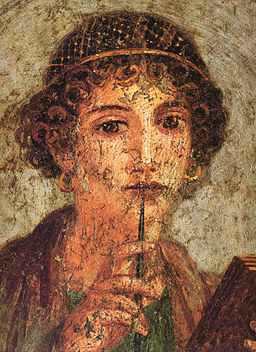 The fact that blogging and social media have become such prominent avenues for discourse is of vital importance to the future of feminism. A powerfully articulated idea can spread like wildfire. Social media allows us to do in just a few days what physical protests and boycotts might have taken weeks or months to accomplish–take, for example, the swift reversal of the Susan G. Komen Foundation’s plans to defund Planned Parenthood. So today I’d like to focus on three organizations that encourage and support women writers both on the internet and the “old-fashioned” way–in print.

[Girls Write Now makes a difference] in these girls’ lives, in their writing, self-esteem and belief in what they can achieve. I have witnessed a roomful of girls expand the scope of their knowledge, self-worth and ambition, as they learn new genres and share their words with each other.

On a much larger scale, BlogHer uses the internet to organize and support women writers across the globe. It provides a network home for thousands of woman-centered blogs, drawing approximately 37 million visitors per month. BlogHer also hosts annual conferences for bloggers and other women in social media.

A slightly smaller and younger organization with no less ambition and a growing network of users is SheWrites, another online community serving women writers in a variety of media, from screenplays to poetry to blogging. In addition to networking, SheWrites hosts webinars and workshops on topics ranging from writing a book proposal to choosing an MFA program.

While sometimes it seems like everyone and their hamsters has a blog or a Twitter feed, that plethora of voices doesn’t diminish the power of writing–it magnifies it.  Let’s keep encouraging women and girls to make their voices heard and make their mark on the world.

Part Five in a Women’s History Month series celebrating organizations and ideas that represent the future of feminism.